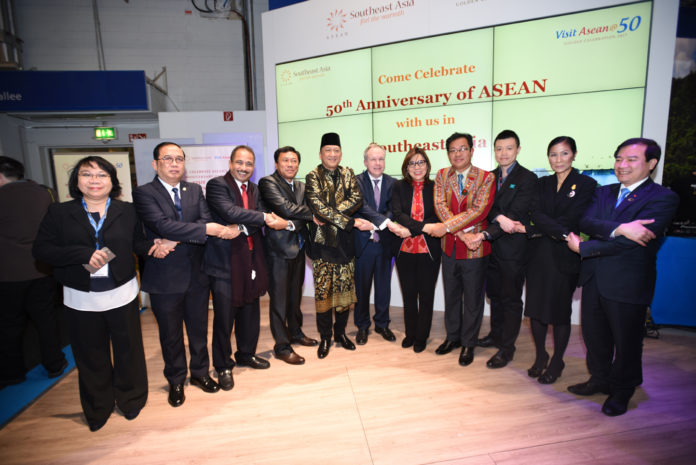 ASEAN tourism ministers and leaders came together to promote Visit ASEAN@50: Golden Celebration 2017 among international media and the travel trade in longhaul markets at last week’s ITB Berlin, during which a media roundtable discussion, fashion show with cultural performance and cocktail party were held to commemorate the region’s golden jubilee this year. The Visit ASEAN@50 campaign was officially launched in January at ATF2017 in Singapore.