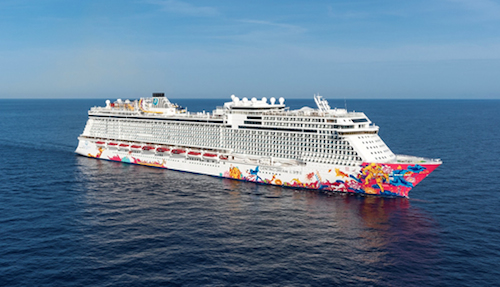 With the delivery of its second ship World Dream this fall, Dream Cruises will be redeploying its first ship Genting Dream from its current base in Guangzhou to Singapore for year-round homeporting from December 3, reaffirming its positioning as Asia’s first luxury cruise line not just for the China market but Asia and international markets.

The latest ship, World Dream, which is being built in Meyer Werft shipyard, will then be deployed to North Asia, tipped to be Hong Kong.

When asked about the decision to base Genting Dream rather than World Dream in Singapore, Dream Cruises’ president & CEO Thatcher Brown said the switch means the line could offer a new product to both the North Asian and South-east Asian markets.

On choosing Singapore to homeport one of its two ships, Brown counted several factors, among them continued growth not only in the Singapore market but South-east Asia; proximity to South-east Asia and Asia which spurs fly-cruise vacations; a diversity of destination choices that appeal to the target audience; strong cruise infrastructure and its strong history in the region. Dream Cruises is owned by Genting Hong Kong, which also operates Star Cruises.

“Michael (Goh, senior vice president sales) and his team have a well-established network of sales distribution and have built a solid relationship with our partners here, a strength we will leverage, especially now that we can go to the market with a portfolio of cruise offerings (aside from Star, Dream, this includes Crystal Cruises) to suit different clients,” said Brown.

Goh added that year-round homeporting is important to help business partners drive sales. “Partners want us to be with them through all cycles of demand. They don’t want to be promoting a cruise for six months only to have it available only for three months. It shows our commitment to them. As well, we are delivering the newest product to partners which helps their selling efforts.”

Genting Dream will be re-orientated to serve its new market in areas such as crew mix, F&B and onboard experiences that are more relevant for its expected new guest mix.

Currently, its market mix is Hong Kong/international, enhanced by China for its two-night cruise ex-Hong Kong, and China from the Pearl River Delta (PRD) area, enhanced by expats in the PRD/international for its sailings from Guangzhou.

The ship, in operation since November, has 1,674 staterooms and can accommodate 3,400 passengers. Its new sister, World Dream, will be similar.