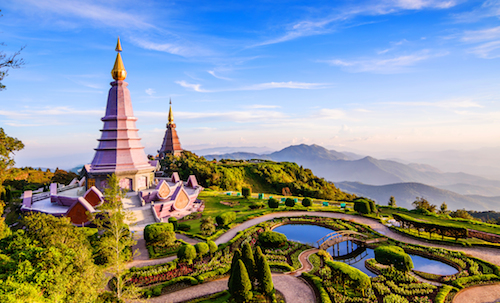 Come 2018, Chiang Mai will be an ATF host city for the first time, as part of a strategic decision in host country Thailand’s ongoing push to develop the northern city as a MICE destination.

Pongpanu Svetarundra, permanent secretary at Thailand’s Ministry of Tourism & Sports, said: “Chiang Mai is an established tourist destination and centre of Lanna culture, plus it’s at the crossroads of Indochina with connections to Myanmar, Laos and Southern China.”

TRAVEX will be organised at Chiang Mai International Exhibition and Convention Centre, with meetings likely to be held in Shangri-La Chiang Mai, according to Pongpanu.

Held under the theme of ASEAN: Sustainable Connectivity, Boundless Prosperity, Tourism Authority of Thailand governor Yuthasak Supasorn believes that attendees will be shown a different side of Thailand when they visit the “rose of the north”.

He said: “Chiang Mai has undergone considerable economic development in recent years but it still retains (manifestations of) its history and heritage.”

Buyers at ATF are eager to see what the trade show’s 37th edition will bring, with Meinhard Hiller, senior area manager, Asia, Australia & New Zealand of Germany’s Windrose commenting that the choice of Chiang Mai is a “good balance of a less established destination with good connections”.

Meanwhile, Gecko Inventives & Events Germany’s Henry Waltz sees in such secondary destination choice a chance for longhaul buyers like him to learn more about Chiang Mai, especially as the northern city is lower on the travel radar for German travellers to Thailand, as opposed to the more popular Krabi and Phuket. ー Additional reporting by Yixin Ng