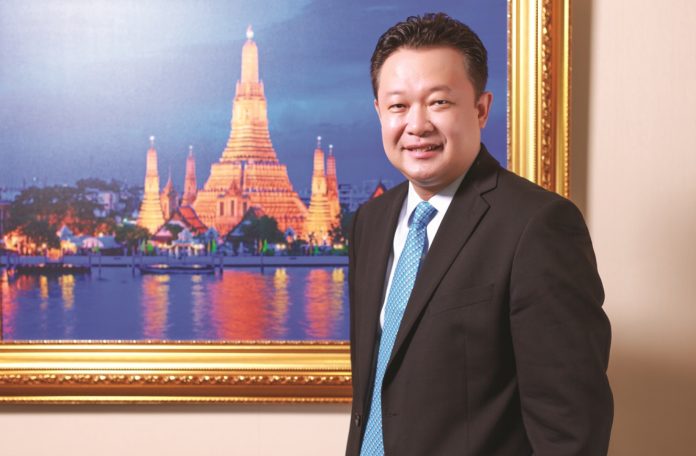 The Thai government’s recent clampdown on zero-fee tours has put a dampener on the number of Chinese arrivals visiting Thailand on tour packages, with the dips becoming even more pronounced in October since the crackdown began in August.

The Association of Thai Travel Agents reported that the number of Chinese tourist arrivals its members handled dropped 47 per cent to 108,090 visitors in October.

Ronnarong Chewinsiriamnuai, president of the Thai-Chinese Tourism Alliance Association (TCTA), said many tour operators targeting the China market had to suspend their business when the number of Chinese visitors plunged more than 60 per cent in October.

“I have no idea how the business can recover as long as the government is proceeding with the strict suppression. If the crackdown continues in 2017, a lot of tour agents will be out of business,” noted Ronnarong, who joined TCTA members in a roadshow organised by Tourism Authority of Thailand (TAT) in China last month.

Some Chinese tour operators stopped selling Thailand tour packages due to the surge in prices and have turned to promoting Japan, the Philippines and South Korea for better profit margins, he said. Many Chinese agents also had to sell air tickets to Thailand at cost prices to avoid losses from unsold tour packages.

A silver lining arising from this situation, noted Ronnarong, is the greater number of Chinese FITs visiting Thailand in September and October enticed by the cheap airfares.

Surawat Akarawaramat, managing director of KTK Tour Enterprise, supported the clampdown despite the impacts on tourism. “I want everyone to see the positive sides of the clampdown. The decrease in Chinese arrivals results from not only the crackdown but also other reasons.”

Urging all stakeholders to cooperate and lend their support to reform the tourism industry, Surawat said that the Thai government must continue to crack down on zero-dollar tour services and their nominee operators while Thai suppliers should seek to build a compelling atmosphere to woo Chinese visitors.

TAT governor Yuthasak Supasorn is confident that Thailand is moving in the right direction in its quest to build the kingdom as a quality travel destination in the long run.

“It is acceptable that the number of Chinese arrivals is decreasing as long as the spending per head is increasing. We don’t want to harm the Chinese tour business – we just want to solve the monopoly problem and stamp out fraudulent tours for the sake of Chinese tourists,” he said.

“I strongly believe that the impacts will be short-lived. Operators will adjust themselves eventually. Business must go on.”

While acknowledging that Japan poses stiff competition to Thailand as an outbound destination, the governor believes that Thailand still has room to grow thanks to the vast Chinese outbound market.

To ameliorate the impacts, TAT invited around 100 Chinese travel agents to Thailand in early November and updated them on the country’s quality tour products, according to the governor.

TAT will continue to reiterate the message that Thailand remains a value-for-money destination and will work closely with LCCs to boost demand, said Yuthasak.