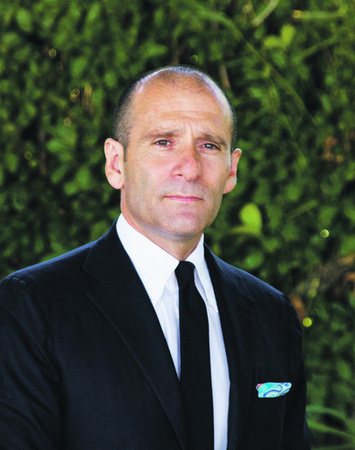 Asian markets, especially those in South-east Asia, have been critical to Trafalgar’s success in the region.

“We’ve had an outstanding 2016. Our growth was as much as 60 per cent in one year, and every year it has been solid double-digit growth (over the past five years) out of South-east Asia,” revealed Gavin Tollman, Trafalgar’s global CEO in an interview with TTG Asia.

“The main markets that have recorded great growth are Singapore, Malaysia, the Philippines and India.”

Back in August, Trafalgar offered agents an exclusive deal to sell 2017 Trafalgar tours. When asked how much that helped to boost sales, Nicholas Lim, Trafalgar’s president Asia, said: “Sales were up 80 per cent compared to the same time last year. Now we are currently up 30 per cent as numbers have stabilised.”

Trafalgar has also launched a separate booklet on family experiences this year, and Tollman explained that while it has been inside regular brochures all along, it was separated this year as the company has seen an enormous pick-up of Singaporeans wanting to travel together as families. Another thing he noticed, was that Singaporeans really love food.

He shared: “We have an Italian series built entirely around food and this tour has a higher percentage of Singaporeans as compared to any other tour. It seems that the love of food has definitely had an impact here.”

However, he lamented that the market was “very last-minute driven”. To Trafalgar, last-minute tours are those booked within 90 days of departure.

“For example, I had an agent tell me yesterday that they had a group of 12 looking for a Christmas market, but there were no more tours available. (This is because) the rest of the world has been buying such tours since March, which is something that they could have done too,” Tollman elaborated.

He stressed: “It’s a psychology I need to talk to the trade about. What I would be reiterating to our agent partners is this: to avoid disappointment, you have to make a commitment earlier.”

Tollman also spoke of the other trends that are coming out of Asia, such as the change in travel styles.

For instance, he said that the CostSaver Europe and Britain tours for 2017 tended to attract a much younger audience, because “there are fewer inclusions, and this segment sees it as an opportunity – within a structured environment – to go to a destination, but have the chance to explore on their own”.

Moreover, current hot destinations in demand from the Asian outbound market are Iceland and Scandinavia.

“Different trends come and go, and right now the flavour of the month is nature and natural experiences. There is a lot of open space and natural beauty in Iceland and Scandinavia,” he said.

Tollman concluded: “When I looked for growth five years ago, I saw a huge opportunity by looking East. To date, it is one of the best decisions I have made in my 30-year career. At the moment, there is a 30 per cent growth going into 2017, and it does not look like it’ll stop anytime soon.”