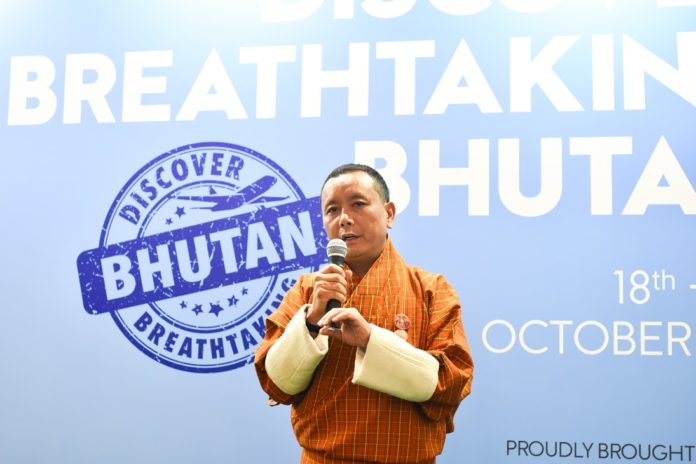 Drukair, the national carrier of Bhutan, is taking a four-pronged approach to promote arrivals among South-east Asian markets, but not before making India its first priority.

The first initiative is the recent launch of holiday packages via Royal Druk Holidays, an extension of the airline that promotes and markets Bhutan.

Wang Chuk Tshering, head of marketing and sales, Drukair, told TTG Asia: “It is similar to Royal Orchid Holidays by Thai Airways. This is a separate department from Drukair with its own department head. We have also recruited new staff for the department.”

He indicated that Royal Druk Holidays’ priority was to “promote all inbound tourism into Bhutan, especially to the huge Indian market first as they don’t need visas”.

“After the Indian market, we are targeting countries like Singapore, Malaysia, Indonesia,” Tshering outlined.

Tshering attributes the increased awareness of the country to roadshows and dinner events – the second approach – that Drukair has been part of.

He elaborated: “We hosted dinner events for potential and top agents in Indonesia, Malaysia and Singapore, and this was done in collaboration with the Tourism Council of Bhutan.”

Tshering also added that Changi Airport has been “very supportive” when it came to marketing events, as much of Drukair’s traffic goes through Singapore, a major hub for the airline. The other three cities that Drukair considers to be major are Kathmandu, New Delhi, and Bangkok.

To expand the airline’s network, Drukair’s third approach is exploring codeshares and alliances. In addition, the airline will be increasing flight frequencies next year.

“We have seasonal flights to Mumbai in India, and next season we plan to increase our frequency. Currently, we fly daily to Bangkok, but from next year May we will be increasing that to twice-daily. For Singapore, we have three flights weekly and we plan to increase it to four flights a week,” he said.

On the final approach, Tshering shared: “We do a lot of online promotional activities through Twitter and Facebook. Also, we run promotions such as winter discounts. For example, this year we ran a 25 per cent discount offer.”