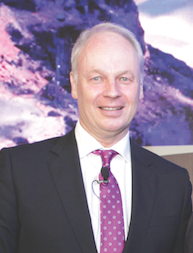 Tourism will likely remain a bright spot for South-east Asia in the coming years, with forecast investment to total US$782 billion, accounting for 7.4 per cent of total investment in the region in the next decade, said World Travel & Tourism Council (WTTC) president/CEO David Scowsill.

However, some South-east Asian countries are notably lagging in terms of infrastructure development to meet the needs of estimated tourism growth rates of 6.2 per cent per annum until 2026, he added.

Citing WTTC’s latest Travel & Tourism Investment in ASEAN report, Thailand is classified as ‘future focus critical’, as investment spend has fallen significantly since its 2006-2007 peak while tourism demand has spiked in recent years.

Infrastructure is also constrained in Myanmar, Cambodia and the Philippines and forecast investment does not meet the needs of future demand. Vietnam and Laos, in comparison, are faring better with infrastructure improving in tandem with growth prospects.

On a more positive note, investment in Malaysia and Brunei are well balanced while Singapore and Indonesia stand out in being able to roll out infrastructure ahead of demand.

This varying performance of South-east Asian countries in future tourism and travel preparedness also reflects the fragmented pace of development that long characterises the region.

When asked if the current economic slowdown in parts of Asia would impede tourism growth, Scowsill remarked: “Technically we have been in recession for the past seven to eight years… Travelling has become part of people’s psyche and they are unlikely to cut back on travels.”

Also working in the region’s favour, besides its strengths in culture diversity and price competitiveness, is the perception of South-east Asia as a “safe destination”, especially when compared with Europe which suffered a string of terror attacks in the last 18 months, Scowsill pointed out.