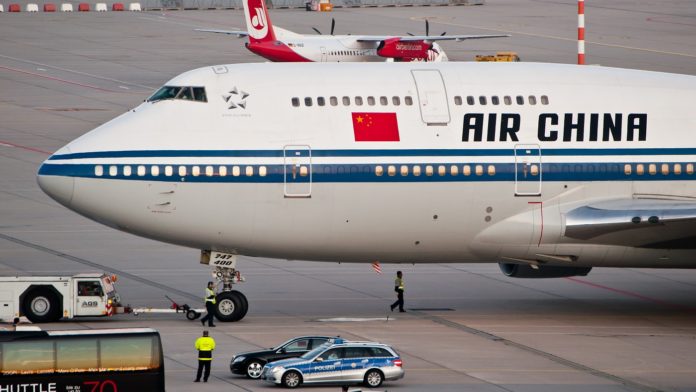 JUST as the Middle Eastern carriers are bridging links between Europe and South and South-east Asia, new longhaul services offered by Chinese carriers too are building China up as a major transit hub into Asia.

Beijing and Shanghai especially represent new – and arguably preferred – alternatives to the traditional transit stops like Tokyo, Seoul and Hong Kong in linking the US and Europe to Asia.

Air China became the first airline to launch a thrice-weekly Shanghai-San Jose service on September 1, bringing the number of China-US routes it operates up to six, the most of any airline worldwide.

Air China, along with other Chinese carriers like China Eastern Airlines as well as Hainan Airlines and its subsidiaries, appear to have succeeded in gaining hub status for China’s airports, including emerging ones in Chengdu and Chongqing, said buyers at PATA Travel Mart.

“(Chinese airports are becoming transit hubs) in recent years with the opening of more routes especially by Air China. They have been expanding their network very rapidly and this is good for us,” said Liu Shan, sales manager, Asia & Africa Region, CITS.

“With competition there will be improvement. It is also not just about the price competitiveness as travellers look at a multitude of criteria when deciding which airline to take. Repeat travellers too are less price conscious,” she said.

Louisa Tsou, president of Ananan Tourist, said Taiwanese carriers have predicted and prepared for the rise of China as a competing hub. “Since 2008, China Airlines and Eva Air have been introducing many new links between Taiwan and China in anticipation of the competition,” she said.

Hence, while flights from South-east Asia to Taiwan have indeed declined due to its compromised trans-Pacific hub status, business has more than made up for itself through connections to China.

Most transit traffic go through Guangzhou, Shanghai and Beijing into Europe, added Tsou.

Tsou, who is also chairman of the Travel Quality Assurance Association in Taiwan, has seen a 1.8 per cent growth in transit traffic from Taiwan to China in July 2016 compared with the same period last year, and believes growth will only continue.

Unlike Liu’s observation that transit passengers from South-east Asia through the Beijing and Shanghai hubs are on the rise, Chris Ellis, Asia product manager at UK-based Explore Worldwide, believes the increase in connections into China is unlikely to benefit those hoping to visit South and South-east Asia due to the cumbersome routing. Rather, it benefits his European clientele visiting China.