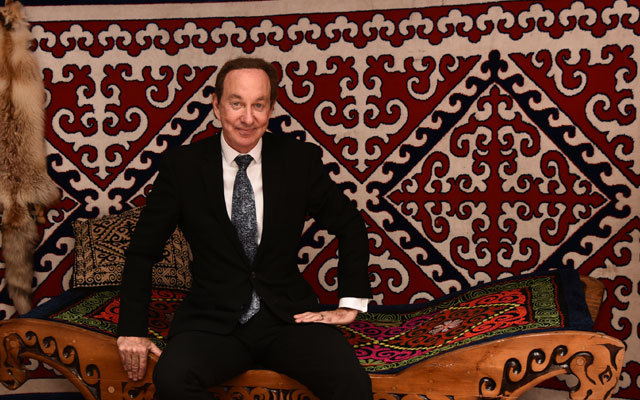 In an age where few places are untouched by mass tourism, the Central Asian nation of Kazakhstan remains “one of tourism’s last frontiers”, said Peter Foster, CEO of Air Astana, speaking at the keynote address of Travolution Forum Asia, organised during the recent PATA Travel Mart in Nur-sultan, Kazakhstan.

Applauding PATA’s decision to host its first event in Central Asia, Foster urged sellers attending the mart to become “pioneers” in selling Kazakhstan to their markets. Kazakhstan, the world’s ninth largest country by land mass with an 18 million population, offers a “great steppe” for travel sellers.

Far from being a country “in the middle of nowhere”, Kazakhstan is located right “in the middle of everywhere”, Foster stated, as evident from the Kazakh flag carrier’s connections to most cities in Asia and Europe within a seven-hour flight radius.

“Kazakhstan is the perfect bridge between Asia and Europe,” he maintained.

The launch of its low-cost arm, FlyArystan, will enhance Air Astana’s hub status and connectivity with Central Asia. Already, the LCC has reduced domestic airfares by 30 per cent, and will soon launch services to regional cities, said Foster.

Meanwhile, Air Astana has just taken delivery of the first of its five Airbus A321neo aircraft last month, which will gradually replace its Boeing 757s on long range routes to Asia and Europe. Further deliveries of the A321neos are expected over the next two years.

Foster shared that Shanghai and Singapore are high on Air Astana’s flight expansion radar. The carrier is already carrying a lot of business from China to Paris, London and Frankfurt, leveraging its hub status in Central Asia.

Currently, 40 per cent of its international business is made up of transit business and 25 per cent of its total turnover, therefore the airline chief sees a critical need to build the inbound market into Kazakhstan.

“We’re relying very much on outbound from Kazakhstan and Russia. We’re not carrying many Asians into Kazakhstan,” he said.

“We need tourists from Asia. The Europeans are all over the Silk Road but we see very few Asians in the region.”

One way is through co-marketing Kazakhstan with the “big five tourism destinations” in the region, which include Almaty, St Petersburg and Moscow in Russia, Tbilisi in Georgia, and Kiev in Ukraine.

Kazakhstan is becoming “a must-see destination” on the Silk Road, said Foster, as the country is home to ancient monuments and cities with storied history.