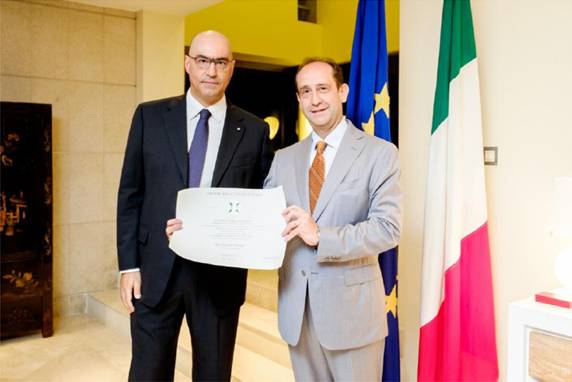 Giovanni Viterale (right), general manager of The Fullerton Heritage knighted with the Order of the Star of Italy

General manager of Singapore’s The Fullerton Heritage, Giovanni Viterale, has been honored by the president of Italy with the bestowing of the Order of the Star of Italy upon the hospitality industry veteran. Viterale was knighted on August 26 for his efforts in facilitating the promotion of friendship and cooperation between Italy and Asia.