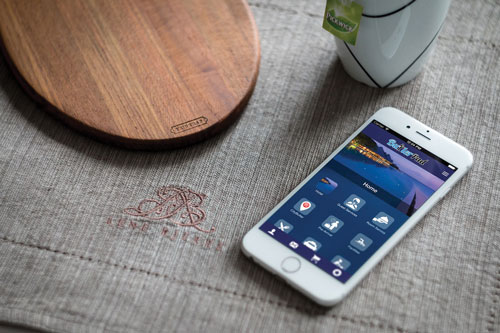 A number of virtual concierge solutions have recently hit the market, offering hoteliers a range of customer-service apps that integrate with their existing property management systems (PMS).

Priscilla, launched by MediaConcepts earlier this year, allows guests to interact with hotel services ranging from in-room dining to housekeeping, all via their own smartphones.

When integrated with Jasmine – the company’s other product that powers white-labelled hotel websites including their important direct booking engines – Priscilla provides hotels with data points throughout a guest’s stay.

This will enable hoteliers to track all guest interactions – time taken to respond to requests, peak and trough times, etc – from a singular system and admin console.

“(The concept) is still fairly new, but it is a fast-growing industry,” said John Bowen, founder and CEO, MediaConcepts.

“Priscilla doesn’t need to be deeply integrated into the property; hotels can take on as much as they are ready to. (They) can start off with no added infrastructure and still book taxis, for instance. And if they go for deep integration, we can do more such as allocating guestrooms, but that’s just the cream on the cake,” he added.

Priscilla is sold at a flat fee, depending on the amount of integration the hotel wants, plus a monthly maintenance cost.

ButlerTech Group, which entered the Asian market late last year with its ButlerPad product, does not charge hoteliers to integrate the app with their PMS. Instead, the technology is funded through the app’s city guide function, CityButler, where featured merchants are charged a success fee.

“We’ve removed the barrier to entry by removing the cost of (using) our technology by funding it through the city guide. We provide hotels the technology and they provide us with the users,” said Michael Philip Mazza, CEO and founder of ButlerTech.

Mazza said hoteliers have seen benefits such as an increase in in-room dining after taking on the app. It is also popular with guests, with Amara Bangkok Hotel receiving 8,000 hits in the first week of implementation.

StayPlease, on the other hand, finds native apps a poor approach, and have instead created a virtual concierge offering that sits on popular platforms the likes of WeChat, WhatsApp, Line, Facebook Messenger, Skype and Telegram.

StayPlease, founded by former hotelier Alan Sun who is now CEO of the company, counts Onyx Hospitality among its biggest clients. Like its competitors, it has found success by partnering with hotels in South-east Asia, especially in Thailand.

Sun believes the use of existing chat apps on people’s devices allows for a less jarring experience and at the same time enables the full utilisation of chat bot technology – translation, for instance – to aid hoteliers in the guest interaction process.

“Our customers themselves tell us that app adoption is low and expensive, and the barrier to installation is high,” explained Sun.

StayPlease’s business model is akin to Priscilla’s, charging hotels a subscription fee on a per room, per year basis.

While all three solutions providers differ in their business and technological approaches, what they have in common is their belief that virtual concierge services will become a necessity for hotels in the near future.

Said Mazza: “If you can’t provide a digital experience (that customers expect) over the next two to three years, then nobody will want to stay in your hotel. It will become part of what is expected.”

This article was first published in TTG Asia, August 5, 2016 issue, on page 13. To read more, please view our digital edition or click here to subscribe.