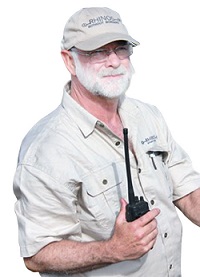 There’s a very simple conservation strategy that I believe in. Essentially, it is based on making animals worth more alive than dead.

An essential part of this involves the communities that live around wildlife reserves. Having the community on your side is the best security that money can buy. This ensures that communities see the benefits that flow from conservation, whether through employment or other forms of support.

&Beyond, in partnership with the Africa Foundation, focuses on education, healthcare, enterprise development, environment and conservation in rural areas surrounding the reserves where &Beyond operates. Africa Foundation’s projects are grounded in community participation and driven by local leadership, working with the communities rather than for them.

Tip 1: Forge a long-lasting partnership with the local community.
Where many companies go wrong is expecting these relationships to bear fruit overnight. The bonds between our lodges and their neighbours are so strong because they have been forged over time.

Thanks to the partnership that &Beyond Phinda Private Game in South Africa has with the community for almost 25 years, we have rarely lost a rhino in the reserve in spite of the country’s poaching crisis.

Tip 2: Share knowledge, combine efforts and resources to achieve more.
One of the most valuable lessons that I have learnt is that there is no universal solution to conservation issues. The only thing that works is to implement locally crafted solutions to local problems. Factors that affect this include government regulations, existing expertise and local conditions. However, this doesn’t mean that conservation knowledge should not be shared – in fact, it should be.

In 2011, &Beyond was able to help Indian conservation officials carry out the country’s first successful mass translocation of animals – by adapting the techniques that we used to move buffalos at &Beyond Phinda – to reverse the local extinction of Indian bisons in Bandhavgarh National Park.

The end goal is larger than any one company. Partnerships with Rhinos Without Borders, a shared initiative by &Beyond and Great Plains Conservation, allow us to achieve much more than we would individually. Working with the governments of Botswana and South Africa, Rhinos Without Borders has already translocated one batch of rhinos from high-risk poaching areas to a safer environment and plans are in place for the movement of another batch. In total, the project aims to move 100 rhinos.

Tip 3: Do not be discouraged, press on.
If you don’t get the results you are looking for, try doing things differently. Every action that contributes towards conservation is valuable.

The biggest thing that gets me out of bed every morning is the ability to make a difference. For me, it’s important to see what the end goal is and to stay focused on it, regardless of the hurdles faced. Conservation is not something that happens in a day – it is long term.