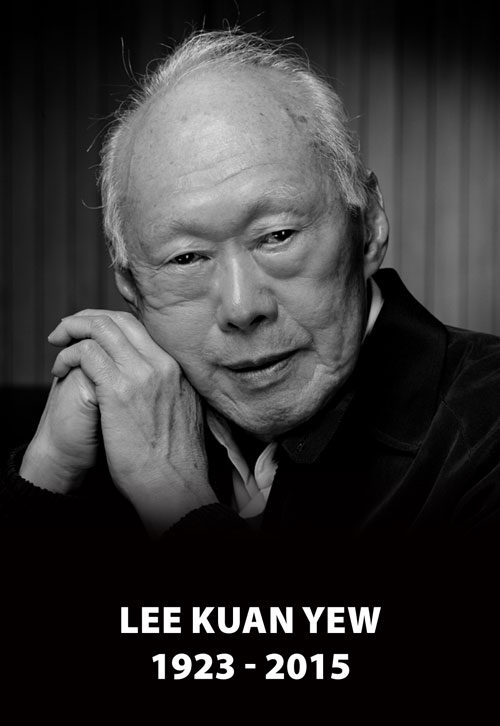 The real icon of Singapore tourism is not the the SkyPark pillared by three towers, or the water-spouting Merlion before it, or the Vanda ‘Miss Joaquim’ much earlier.
The real tourism icon is Mr Lee Kuan Yew, who passed away peacefully on March 23 at the age of 91 years. While icons change with time, I suspect this one’s a Herculean feat to topple.

Mr Lee of course did not set out to make Singapore one of the most aspiring destinations in the world for tourists, which it is today. Or to be a tourism icon – in fact, he hated the idea of a monument in his honour, even though he is monumental. We are a by-product of his single-minded focus to transform a tiny third-world island with poor infrastructure and limited capital into – not just a city which should count itself lucky if it could get by – but a world-class metropolis of real standing and stature.

Singapore’s destinational appeal evolved as Mr Lee and his handpicked leaders went about knocking down a whole city and began rebuilding it. If you were in tourism, you would have felt it! In the 80s-90s, a large part of Singapore’s tourism product development plan was to save what’s left of historic districts such as Chinatown and Little India as a lot of old buildings had to make way for economic progress.

But tourism won big-time in the end not because of one restored area here or another new attraction there. Fundamentally it’s because there’s a country architect whose idea of what makes a good city is the basis for Singapore’s attractiveness today. In an interview with Dr Liu Thai-Ker, chairman of the Centre for Liveable Cities Singapore advisory board, published inThe Straits Times on February 16, 2013, Mr Lee spoke about the ingredients of a great city: safety, spaciousness (and greenery), mobility (transportation – the city must move, ie, no gridlocks), cleanliness, connectivity (aviation) and equity (home ownership, so people would fight for their city).

But the Singapore brand is what sells the country to tourists, investors, talents. No amount of NTO marketing will work if a country does not have the goods. Some countries are lucky they are born with natural spectacular attractions. Others build them. But how many cities in modern history can field the intangible, unique attraction Singapore has: that people want to visit it because they want to see for themselves its remarkable transformation as much as they want to enjoy the city? Mr Lee created Singapore and in doing so created tourism.
The Singapore brand is Mr Lee and when all is said and done, it is an age-old compelling story of the power of the human spirit to overcome huge obtacles and be outstanding. Except Mr Lee has a whole city to show for it.

As a Singaporean, I am desperate to say thank you.