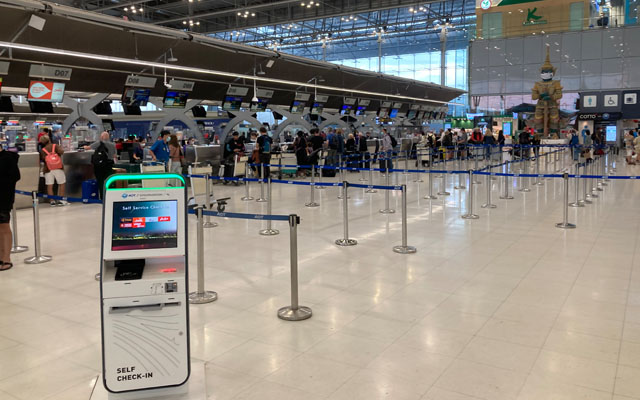 Asia-Pacific’s travel recovery has taken a slower pace compared to Europe and the US, allowing most destinations, airports and airlines in the region to avoid the chaotic scenes seen this summer at high traffic airports from Amsterdam to Miami, and to learn lessons on ramping up for the year-end travel peak.

Singapore Changi Airport is well acquainted with large crowds, having handled 68.3 million passengers in 2019. Since July this year, the air hub has averaged 3.4 million passengers per month compared to the 2019 monthly average of 5.7 million.

When asked how well prepared the airport was for the end of year and Lunar New Year rush, Changi Airport Group’s senior vice president airport operations management, Damon Wong, told TTG Asia that it is working with partners to ensure sufficient manpower is at every passenger touchpoint and that technology has a big role to play.

“The majority of our departing passengers can use our suite of self-service options, including automated check-in kiosks, bag-drop and immigration gates,” he said. “Our auto-clearance immigration lanes have a biometric system in place that uses face and iris recognition to match passengers with their travel documents.”

It is this combination of technology and trained staff that Singapore Changi Airport is relying on for the holiday season, when the airport expects to be operating at up to 80 per cent of its pre-pandemic levels.

A similar combination was in plain sight at Bangkok’s Suvarnabhumi Airport. When TTG Asia recently caught an international flight from the airport, it took just 20 minutes to complete the check-in, immigration and security checks process.

While not every passenger used the automated check-in and bag drop units, their impact on the traditional check-in desks was obvious. Check-in queues were almost non-existent, and when technology got the better of some travellers a helpful staff member appeared to render assistance.

After Saturday’s launch of Qantas’ nonstop Melbourne to Dallas route, TTG Asia met with the airport’s chief of aviation Jim Parashos. He said the airport has rebuilt its workforce and will have extra staff rostered on during peaks to ensure passengers get smoothly through the airport.

“We’re also working with the airlines on gate allocation to spread arrivals and departures across each terminal and reduce the likelihood of crowding,” he added.

Security screening is often a pinch point, and Melbourne has revamped its Terminal 3 and 4 facilities with new technology, allowing passengers through without the need to remove laptops or aerosols from their bags.

Self-check-in kiosks are important, both for people wanting to do it themselves and for taking heat off the traditional check-in desks. Parashos said Melburnians were early adopters of the technology as it has been used on domestic flights for some time.

“Some people expect the service and the red carpet but others want to get through as quickly as possible, so having a mix of both allows travellers to choose how they want their service delivered,” he said.

Having a fully functioning airport is a good start but airlines also have a role to play in frictionless travel. Singapore Airlines (SIA) has bounced back quicker than most airlines, seizing opportunities to restart services as soon as border restrictions are eased.

SIA has installed self-check-in kiosks and automated bag drops at selected airports, including for flights from Singapore. Passengers departing Singapore on a single-sector flight can also generate their bag tags through the SingaporeAir Mobile app (subject to regulatory requirements).

“Passengers can view the inflight menu on the app or online before travel or onboard via the inflight Wi-Fi,” he explained.

“They can also use their devices to connect to and navigate the KrisWorld IFE to set up their list of favourite movies, TV shows and audio before travelling.”