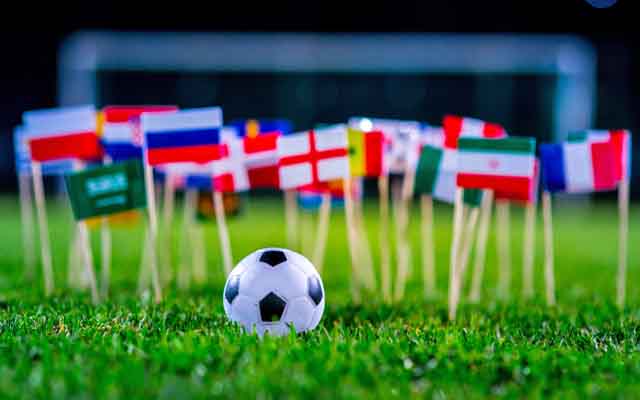 The latest analysis by ForwardKeys shows that flight bookings to Qatar are currently 10 times the volume of pre-pandemic levels. These comprise flights from the 31 countries competing in the football World Cup finals, and from the UAE where many fans are basing themselves during the tournament.

The data is based on issued flight tickets, including day trips, as of September 29, for travel to Qatar between November 14 and December 24. The benchmark is travel in 2019, except for the UAE, where the benchmark is 2016, owing to the Qatar diplomatic crisis, which stopped direct flights between Qatar and the UAE between 2017 and 2021.

In terms of growth, the source market set to perform most strongly during the World Cup period is the UAE; currently, bookings are ahead by 103 times the volume of 2016, followed by Mexico, ahead by 79 times the 2019 volume; Argentina, ahead by 77 times; Spain, ahead by 53 times; and Japan, ahead by 46 times.

The UAE’s strong showing is explained by a shortage of accommodation in Qatar where many are expected to stay in the UAE and fly over for the day, on match days. Currently, day trips account for 4% of all arrivals in Qatar during the World Cup, 85% of which originate in the UAE.

Despite the requirement to present a negative Covid-19 test to enter Qatar, the popularity of the tournament is such that there have been millions of searches online for flights to Qatar in the first nine months of the year. 12% of them are for journeys originating in the UAE, 12% from the US, 7% from Spain, 7% from India, 6% from the UK and 6% from Germany.

The tournament is set to benefit the whole Gulf region, as flight bookings to GCC countries during the competition are currently 16% ahead, and, for the initial stages, 61% ahead. Further analysis reveals that many World Cup visitors are also travelling to other destinations in the region. For example, the number staying at least two nights in Qatar and going on to stay at least two more nights in another GCC country is sixteen times greater than it was before the pandemic in 2019.

Dubai is the biggest beneficiary of this trend by far, capturing 65% of onward visits. The next most popular onward destination is Abu Dhabi, with 14%, followed by Jeddah, 8%, Muscat, 6% and Madinah, 3%. The most important origin market for these “regional tourists” is the US, which is responsible for 26% of them, followed by Canada with 10%, the UK with 9% and, France, Mexico and Spain, each with 5%. For Dubai, the most important component is American, comprising 32%; however, for Abu Dhabi, it is Australian, comprising 11%.

Olivier Ponti, VP Insights, ForwardKeys, said: “As global events go, the FIFA World Cup is one of the most attractive drivers of travel there is, so much so, that other destinations in the Gulf will benefit, not just the host nation, Qatar. In tourism promotion terms, the World Cup will throw a media spotlight on Qatar and help it become a more established destination, and not just a major hub for intercontinental air traffic.

“Normally, just 3% of travel to Doha is destined to stay in the country; and 97% comprises onward connections. However, during the World Cup, almost 27% has Qatar as the ultimate destination. The UAE will also benefit substantially from the tournament because it has much more hotel accommodation than Qatar, and two global hub airports in Dubai and Abu Dhabi.”