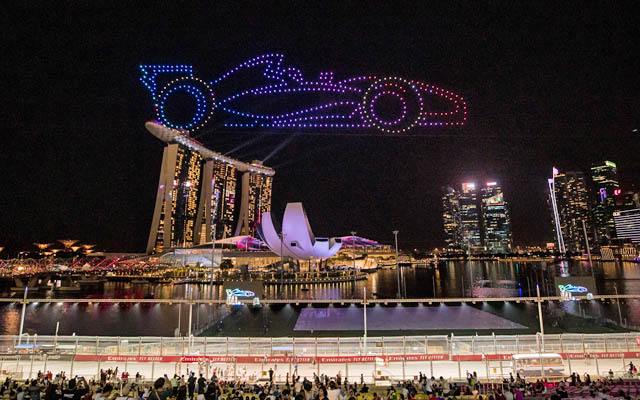 The Formula 1 Singapore Airlines Singapore Grand Prix 2022 has set a new record for the highest attendance ever in its 13-year history.

After a two-year hiatus due to Covid-19, the Marina Bay Street Circuit welcomed a sold-out record crowd of 302,000 over three days from all over the world, including Australia, Indonesia, Netherlands, the UK and the US.

Since the gates opened on September 30, fans have returned in droves, fuelled by the return of Formula 1, the debut of two new support races and over 100 hours of entertainment over the race weekend.

Colin Syn, deputy chairman of Singapore GP, said: “It is wonderful to welcome fans back to the Marina Bay Street Circuit. The return of Formula 1 was highly anticipated, with tickets snapped up within hours of the launch earlier this year.

“In addition to the race action, we have curated an exciting range of entertainment, interactive and gastronomic experiences for the fan zones, as well as introduced new grandstands and hospitality facilities.”

Fans were treated to an entertainment line-up that included Marshmello, Westlife, Black Eyed Peas, Suede, and TLC. The thrilling finale to the Formula 1 Singapore Airlines Singapore Grand Prix 2022 weekend, had Charles Leclerc in pole position, Sergio Perez in second, and Lewis Hamilton third on the grid, with performances by Green Day and The Kid LAROI at the Padang Stage, as well as the Black Eyed Peas at the Wharf Stage.

Tickets for the Formula 1 Singapore Airlines Singapore Grand Prix 2023, to be held next year from September 15 to 17, are already on sale.