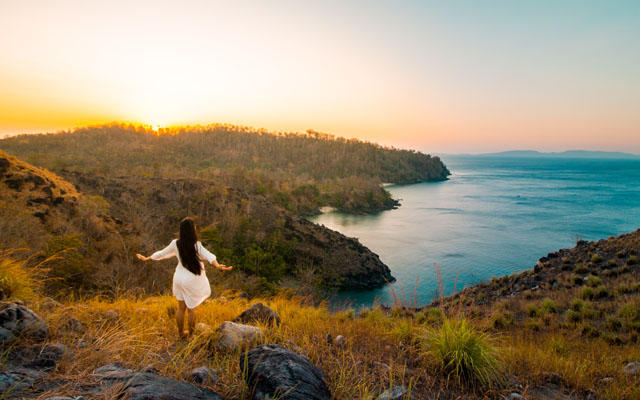 Indonesia’s Likupang has seen a boom in visitorship following the acquisition of its status as one of Indonesia’s five Super Priority Destinations.

Located in the North Minahasa Regency, North Sulawesi province, Likupang welcomed nearly 70 per cent of the arrivals to the larger regency. The regency recorded 20,317 arrivals in the first seven months of 2022, of which 2,815 were foreigners.

Speaking at a webinar promoting the destination to members of the Association of Travel Agents in Indonesia (ASTINDO), Henry Kaitjily, head of the North Sulawesi Tourism Office, said that Likupang was developed with the aim of attracting more domestic and international travellers to North Sulawesi.

He shared: “The development of Likupang is integrated with the neighbouring areas of North Minahasa city, Bitung, Manado, Tomohon and Tindano. We hope that this will give reason for travellers to stay on longer in North Sulawesi.”

Development plays up Likupang’s natural draws and maximises its marine potential as ‘blue gold’ and the mainland as ‘green gold’. Glamping sites, resorts and tourism villages are all in the plans, while eco-friendly transportation will be offered.

To support the development of tourism in Likupang, travel companies in North Sulawesi have started creating packages.

Kristian Repi, general manager of Manggis Travel Manado, shared that his company has been offering packages to Likupang since 2019. He noted that there has been growing interest in the destination, with a 30 per cent increase in bookings for 2020/2021; interest is up a further 70 per cent for 2021/2022.

While the domestic market currently dominates sales by 90 per cent, he has received more bookings for overnight package tours, proving that travellers have come from other parts of Sulawesi and beyond.

“Travellers from around the area such as from Manado (the provincial capital) usually take a day-trip,” he explained, adding that Likupang’s development concept would be suitable for special interest travellers “who are ready for island terrain, homestays, and adventurous destination”.

Pauline Suharno, president of ASTINDO, believes that more development is needed to attract both domestic and international travellers.

“The problem is that the majority of accommodation are homestays. Even though they were (newly) built by the Indonesia Ministry of Public Work and Public Housing with good facilities, not all markets (like) homestays,” she opined.

Despite having good facilities, existing hotels need to upgrade their service standards, she added.

Pauline also stated that more location-based promotions are needed to attract foreign tourists, and should emphasise accessibility, such as having direct access to Sam Ratulangi International Airport.

She also hopes for more F&B establishments that can accommodate large groups.