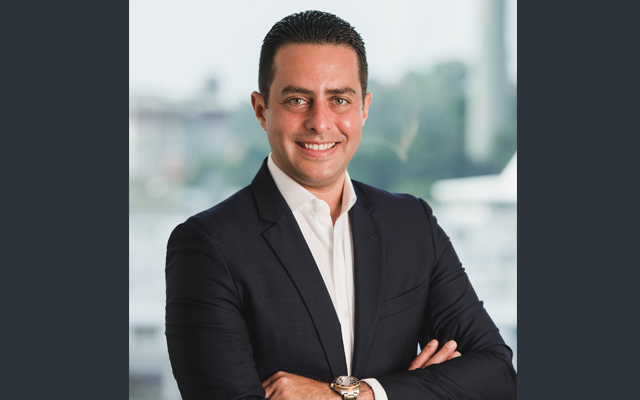 Radisson Hotel Group (RHG) has revealed that growth plans are underway in Australasia that will leverage strategic partnerships and non-traditional business models to increase its footprint in the region significantly.

Its multi-bucket strategy includes leases in key cities, master franchise agreements, as well as mergers and acquisitions operated and managed from its new office in Sydney.

RHG currently has four hotels across Australasia (Australia, Fiji, and Papua New Guinea), with another five properties in the pipeline, including in New Zealand. The group expects to have about 50 hotels in its Australasian portfolio by 2025 as part of its expansion plans across Asia-Pacific for 1,700 hotels.

Ramzy Fenianos, RHG’s chief development officer, Asia Pacific, told TTG Asia that to get this exponential growth, they have “added more tools that are new to the market”, adding that the pandemic allowed them much time to sharpen their pens to execute the five-year plan.

He said: “We’re not going to do the real estate side of the business but we will consider acquiring platforms of existing brands that might be available for acquisition straightaway or joint venturing with existing local partners to grow our brands.”

He shared that after a massive mapping exercise across Australasia to understand the market and find potential targets, RHG is presently in active discussions with a couple of groups – including an owner who has just five hotels.

RHG said its plans coincide with the growing demand for hotels and resorts in Australia as it recovers from the pandemic, and ahead of the 2032 Olympics in Brisbane. Apart from Brisbane, it has targeted capital cities and popular regional destinations across Australia and New Zealand such as Sydney and Melbourne, and there are hotels in the pipeline in Queenstown.

The hotel group also cites research that shows investors are keen to invest into hotel assets in Australasia, with a focus on a “flight-to-quality” strategy and returns gained through both conversions and mid-market property. To this end, RHG will focus on its mid-scale brands with Radisson Individuals, Country Inn & Suites by Radisson and Radisson RED spearheading its growth.

“I don’t think any other hotel group is doing this at all,” said Fenianos, when asked if the strategy was unique in the hotel industry.

“From my knowledge, most operators are just doing organic growth. Eventually, some of them will consider leases but I don’t think they’re going to the extent that we are. I think it’s a real commitment from the company to deploy capital expenditure and resources into the Australasian market,” he continued.

Fenianos also told TTG Asia the company has invested heavily in recent years in technology and systems to improve the customer experience, and learning from other industries like fashion and the airlines.

“Technology means driving more revenue to the hotel, maximising profits to owners and improving guest satisfaction. (For example) we are working on guests having the ability to choose their room and what floor they’d like to be on for perhaps a quieter space, which is a technology that doesn’t exist yet but will give the best guest experience (regardless of their budget),” he said.

RHG is offering hotel partners in Australasia access to brands such as 7 Days and Metropolo. It has also secured rights to develop and operate the Golden Tulip, Kyriad and Campanile brands, from Louvre Hotels Group.