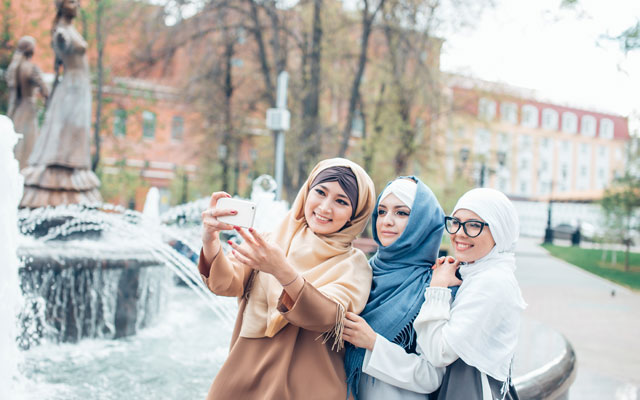 An expanding population of young and technology-savvy Muslim travellers will impact Halal tourism development in the coming years, noted the eighth edition of the Mastercard-CrescentRating Global Muslim Travel (GMTI) 2022 report, released on June 1.

Fleshing out the findings, Fazal Bahardeen, founder & CEO of CrescentRating and HalalTrip, said: “The under-40 population will grow from 1.46 billion in 2022 to 1.6 billion by 2030, while the key group of 20 to 25-year-olds will grow from 165 million now to 181 million by 2030. What this means is, we will get a very young and dynamic demographic segment that will impact the travel and tourism industry.”

The industry will need to pay particular attention to Gen Z travellers, millennials, and women who are identified as the strongest influencers in Halal tourism development.

The report noted that millennials in general are well-educated, technology-savvy, and often put in more time and effort to conduct comprehensive trip research. Muslim millennials, in particular, adopt travel patterns characterised by accessibility, affordability and authenticity.

Unlike other generations, the lack of Muslim-friendly facilities does not deter Gen Z travellers from touring a particular destination. Instead, they adapt their needs to suit their surroundings, such as by turning to vegetarian meals or instant meals when Halal food options are lacking.

Women travellers are now one of the fastest-growing segments for both general tourism and Muslim travel, making up 45 per cent of global Muslim arrivals. Noting that Muslim women travellers were already a segment to watch pre-pandemic, Fazal said many are independent and favour solo trips.

Meanwhile, in forecasting Halal tourism development, the GMTI 2022 report expects Muslim traveller numbers to reach 140 million in 2023 and return to 2019 pre-Covid levels of 160 million in 2024.

“Prior to the pandemic, we projected that Muslim visitor arrivals will reach 230 million by 2026. Given the situation we had the last two years, our estimation now is that this figure will only be reached in 2028, along with an estimated expenditure of US$225 billion,” said Fazal.

In the GMTI 2022 ranking, which rates destinations on their Halal tourism development efforts based on almost 50 data points such as visa requirements, stakeholder awareness and satisfaction of core Muslim needs, Malaysia, Indonesia and Saudi Arabia lead the top 20 chart.

Singapore continues to be the only non-OIC (Organisation of Islamic Cooperation) country to make it to the top 20 ranking.

In a video address, Malaysia’s tourism, arts and culture minister, Nancy Shukri, said the prospects of Halal travel is promising for Malaysia, and that the government and stakeholders will continue to encourage Muslim tourists to choose Malaysia.

She said that through the Islamic Tourism Centre (ITC), an agency under the Ministry of Tourism, Arts and Culture, Malaysia strives to do better to help Muslim travellers fulfil their religious obligations during their trips. ITC provides training and capacity building, research, as well as standards and certification development to ensure that industry players understand the needs of Muslim travellers, and are prepared to provide value to this segment.

When asked what was most lacking in non-OIC destinations looking to attract Muslim travellers, Fazal pointed to destination marketing.

“Generally, non-OIC destinations can do much more to communicate their welcome and readiness for Muslim travellers, he told TTG Asia.

He identified Taiwan as a non-OIC destination that has done “very well” in communicating Halal-friendly features, with a press announcement issued almost every other week about new efforts to welcome Muslim travellers.