Monaco is perhaps more synonymous with luxurious living than with sustainable living, but the Principality and its tourism leaders are happy to set the record straight by driving attention to its continuous efforts on responsible development. Estelle Antognelli, head of the corporate social responsibility with the Monaco Tourist and Convention Authority, details the destination’s sustainability commitments 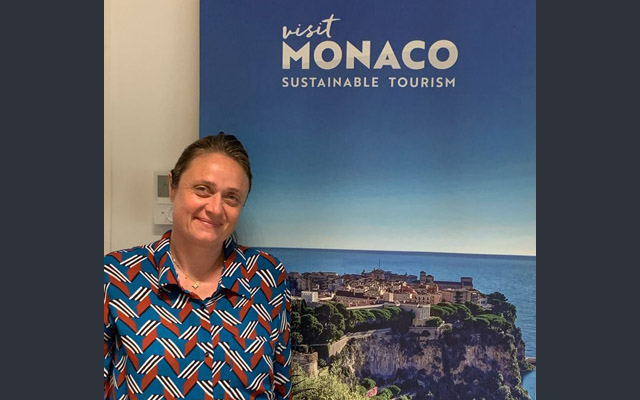 I’ve been told that Monaco’s green credentials may be Europe’s best-kept secret. Will you let me in on that secret – what has Monaco been doing lately on the sustainability front?
Many actions are carried out in Monaco in favour of sustainable development. While they may be unexpected, they are certainly no secret.

A strong environmental policy is upheld by the Princely Government of Monaco at the request of HSH Prince Albert II of Monaco, who since his accession in 2005 has made sustainable development a priority. Proof of this is the ambitious objective he has set for the Principality – to achieve carbon neutrality by 2050.

Achieving this objective requires the cooperation of all stakeholders, and that is why all sectors – from the public sector such as the Department of the Environment, the Mission for Energy Transition, the Department of Tourism, etc, to the private sector – are committed to it.

We know what are the most polluting points and we know that we must work as a priority on energy, mobility, and waste management.

Actions are also taken to preserve biodiversity (terrestrial and marine) and to develop the Smart City in Monaco.

Sustainable development is not just about the environment; the social/societal aspect is also very important.

Today, the actions and commitments have continued to intensify since the advent of HSH Prince Albert II in 2005. With the creation of his Foundation, the sustainable policy that he pursues with his government, and his speeches at the United Nations and on international summits such as the COP Climate Change Conferences, make him a fervent defender of the climate and the oceans.

Monaco is synonymous with luxury living, and luxury experiences are known to require displays of excess. How can one balance luxurious treatments with responsible consumption?
Monaco is a luxury tourism destination but it is no less sustainable. I think we should reconsider the notion of luxury. The dictionary definition reads “character of that which is costly, refined, sumptuous”. Moreover, isn’t luxury a guarantee of quality, and therefore of sustainability?

I remember a person who decided to buy a watch from a famous Swiss brand for its quality but also in order to bequeath it to his son. Sustainable tourism incorporates these notions. In Monaco, most hotels are high-end hotels. Eighty-eight per cent of them are certified with binding environmental certifications such as Green Globe, Green Key or Planet 21. All strive to constantly reduce their waste and minimise their usage of water and energy resources – and they have succeeded!

The Monte-Carlo Bay Hotel Resort, for example, succeeded in reducing its electricity bill by (an equivalent of one month’s usage) in the first year of using the Smart+ system. The establishments of Monte-Carlo Societe des Bains de Mer, Fairmont Monte Carlo, and Hotel Metropole Monte-Carlo, among others, operate with heat pumps – an alternative and low-polluting solution.

As there is now a stronger consumer movement towards responsible travel, where sustainably-developed destinations, responsible commercial entities and experiences that bring direct benefits to locals are preferred by consumers, what is Monaco doing to ensure that travellers are aware of the destination’s green credentials?
It is true that the demand of sustainable travel products is growing, and it is obvious that the pandemic we have just experienced has raised that awareness.

These offers exist in Monaco, and the Monaco Tourist and Convention Authority is in charge of promoting them. One of the missions of the department I am in charge of, is to highlight the actions carried out by the sector.

Sustainable tourism has become a priority for the entire destination. Stakeholders in the hotel, F&B and events sectors have all set up their action plans, and they communicate and educate their customers and visitors on the objectives. Our initiatives are promoted via our websites, social media networks and the media, which are increasingly positioning Monaco as a flagship destination. The New York Times cited the Principality in its 2022 listing of 52 places for a changed world.

This work was carried out in a collegial manner with all the stakeholders. Five major strategic axes were defined – train, and raise awareness; communicate and improve the visibility of our actions; reduce the impact of tourism on the destination; develop tourism for all and by all; and measure our progress.