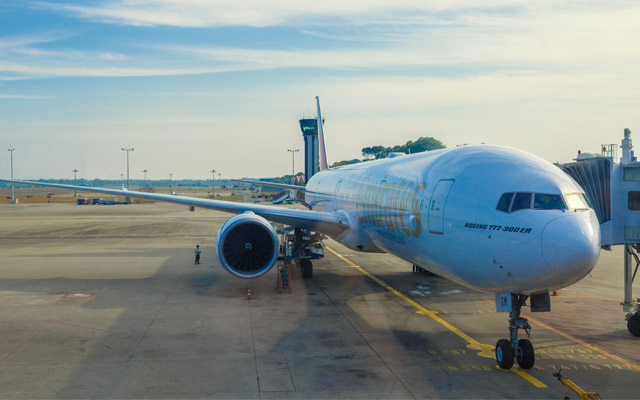 Airlines operating flights to Sri Lanka are now filling up their tanks for both ways, so as to avoid refuelling in the crisis-hit country.

A source at Emirates confirms that aircraft on Sri Lanka operations are ‘tankering’ – the technical term used to signify an aircraft carrying enough fuel for the return journey. Emirates is the second largest inbound and outbound carrier in Sri Lanka after national carrier SriLankan Airlines.

While larger aircraft can afford to ‘tanker’, smaller ones without large tanks must refuel or top-up in Colombo, which the source said is now a “nightmare”.

Dimuthu Tennakoon, president, Board of Airline Representatives (BAR), said SriLankan Airlines services from Indian airports are choosing to refuel there.

Sri Lanka’s resource crisis has impacted travel confidence, with travel advisories against travel to the country emerging the past week. As a result, passenger loads have plunged.

According to the Emirates source, flights from Dubai to Colombo were carrying just 100 passengers and 75 on the return. The airline has reduced its operations from five to twice daily.

Qatar has done the same, cutting five daily services to three, while Singapore Airlines is now operating just one daily service instead of two.

Aviation industry officials have requested that the authorities allow airlines to pay their fuel bill direct to the overseas supplier – through the state-owned Ceylon Petroleum Corporation, the country’s main fuel importer – to overcome the foreign currency shortage. They are currently waiting for a response.