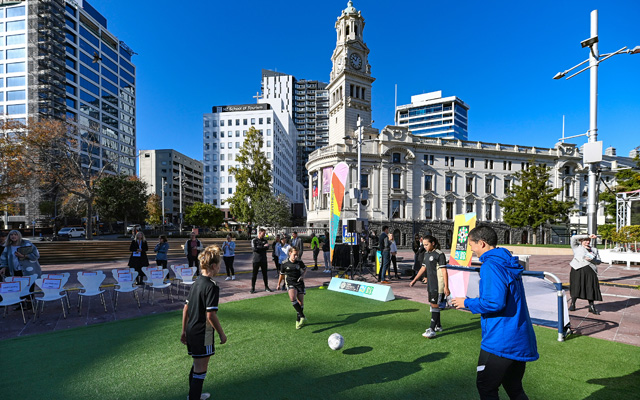 Tāmaki Makaurau Auckland will host the main event in the countdown to next year’s FIFA Women’s World Cup 2023 on October 22 – an activity that will boost inbound tourism and major events recovery for the destination.

The Official Draw, set to take place at Aotea Centre, is expected to attract an international television audience of more than a billion viewers, said Phil Goff, mayor of Auckland.

He added: “Those attending in person will boost visitor nights in Auckland by about 130,000, and the event will contribute about NZ$60 million (US$38.2 million) to regional GDP in Auckland.

“The draw will be eagerly followed by countries around the world keen to find out who their teams will compete against, and when and where they will play. Auckland will be in the international spotlight during the Official Draw, just as it will be for the opening match in July 2023 and the semi-final, both to be held at Eden Park.”

The Official Draw will see 32 participating teams being allocated into eight groups to determine who they will face in next year’s event, as well as which country they will be based in for group stage matches.

FIFA estimates that around 800 attendees, including senior FIFA officials and international media will attend the event, which will also be broadcast live to a captive global audience – providing a platform to showcase what makes Tāmaki Makaurau and Aotearoa unique with viewers around the world.

Approximately 120 team representatives will then visit shortlisted training sites and accommodation across New Zealand and Australia.

“A truly international event, the FIFA Women’s World Cup 2023 will be a cornerstone in Auckland’s major event calendar and our gradual re-opening to the world,” Hill added.