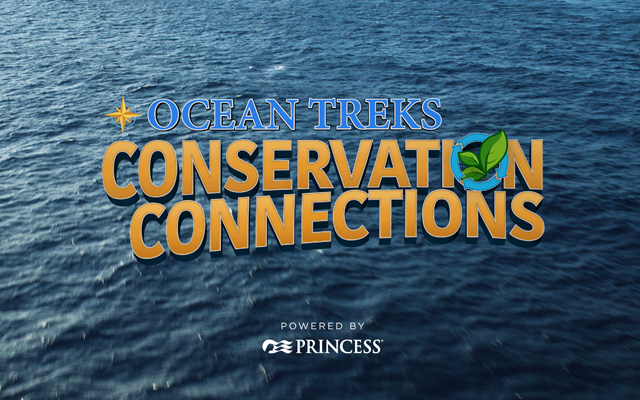 Available on the cruise line’s YouTube channel, episodes will address various topics critical to the conservation movement, such as recycling and sustainability; food waste reduction and biodigester system; conservation at Princess Cays; and innovative fuel sources.

The series will also feature wildlife and conservation stories originally highlighted in the first three seasons of Ocean Treks, with episodes taking viewers to destinations that Princess visits, including the Dominican Republic, New Zealand, Japan and more.

Padgett said in a press statement: “In keeping environmental protection as one of our top priorities, we’re eager to leverage our popular Ocean Treks brand and its library to create new videos to share important sustainability stories about our fleet.

“With…Corwin, my co-host and renowned biologist, wildlife advocate and host of many award-winning television programmes, we hope viewers are engaged as we discuss the importance of conservation both to Princess and us personally.”

Ocean Treks debuted in 2016 as part of parent company Carnival Corporation’s Ocean Originals slate of television programmes. It has been honoured with seven Daytime Emmy nominations and 44 Telly Awards. Ocean Treks is available on-demand in staterooms onboard Princess ships and via OceanView.