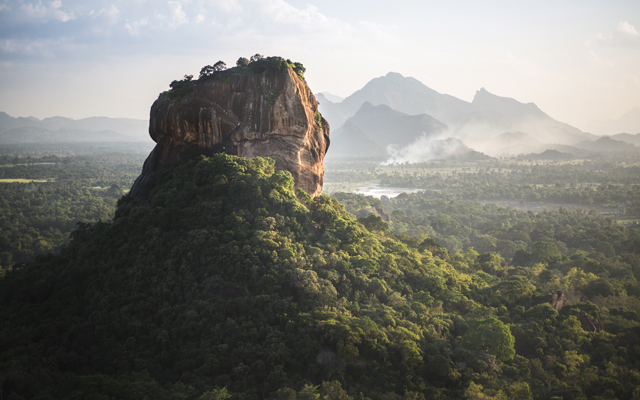 Russia outbound travel has splintered into different directions, resulting in destinations such as Thailand losing a chunk of share while others, such as Sri Lanka, gaining big time.

The worry of some Thai industry members is whether the new patterns drawn by Covid-19 will stay if Russians find attachments to alternative places, or whether they will return to old playgrounds in the long term.

In the short term, tourism businesses are jostling for whatever markets they can get their hands on. Russia is prized because of its volume, long average length of stay, and determination to travel.

According to Sri Lanka Tourism, 12 million Russians travelled abroad in 2020, down from 2019’s 20 million – but in the first year of Covid, that is resilient.

Omicron has failed to stop Russians from travelling. “What I see is day-by-day growth in international flight bookings since the first reported case of Omicron in South Africa on November 26,” said Janis Dzenis, spokesperson for Aviasales. The company generates almost 20 per cent of all Russian air ticket sales.

Fresh fights
Old favourites may be taken aback by who they are up against. Take Thailand for example, the number one Asian destination for Russians with around 1.5 million arrivals in 2019, according to data from Tourism Authority of Thailand. Its biggest Asian competitor then was Vietnam, with nearly 650,000 Russian arrivals that year, Vietnam National Administration of Tourism data shows.

However, since the peak season started in October 2021, with Vietnam still locked away, Sri Lanka has been giving Thailand a good run for the rouble.

In the first 11 days of this year, Sri Lanka Tourism Development Authority said Russia topped with close to 6,000 arrivals, outpacing even India. Russia was also the top market for Thailand in the first four days of 2022, but with just around 2,500 arrivals. Sri Lanka has narrowed a wide gap; its volume of Russian visitors was 17 times less than Thailand’s in pre-pandemic 2019.

Data from ForwardKeys shows the big Russian reshuffle this peak season. Bookings to traditional destinations such as Thailand and Turkey dropped; the Maldives, Egypt, Sri Lanka and the UAE are popular, the latter seeing only a slight decrease of two per cent in bookings compared with 2019.

Nan Dai, ForwardKeys’ market analyst, reasoned: “Thailand reopened later than the other Asian destinations such as the Maldives and Sri Lanka. The Sandbox started in July 2021 and Test & Go, November 1, 2021. Sri Lanka reopened in January 2021 – although this was choppy and international opening only really started from October 1 – and the Maldives in July 2020.”

Russia was also not on the list of approved countries for Thailand’s Test & Go when the scheme was first launched.

However, these are not the only reasons for Thailand to lose market share. Sri Lanka, for instance, had other things going for her. For one, resumption of direct flights, which offers more affordable fares.

“SriLankan Airlines restarted Moscow to Colombo service on July 31 (after a break of six years). Aeroflot resumed services to Colombo on September 2. There are also countless options with layovers in Middle Eastern airports,” said Aviasales’ Dzenis. “Tickets to Sri Lanka are relative cheaper, on average US$178.”

Sri Lanka Tourism also stepped up promotions ahead of the peak season. It hosted 11 influential travel writers from Russia, and Ukraine, from November 21 to December 8 last year.

But above all, Sri Lanka is hassle-free, remarked Hiran Cooray, chairman, Jetwing Symphony and The Lighthouse Hotel, Sri Lanka.

“Many guests have told me that the arrival process is a lot better than they expected. So, this is the number one reason,” said Cooray.

“All vaccinated travellers with a negative PCR can obtain an online visa or on arrival. They can travel without any restrictions anywhere in the country and stay at a hotel of their choice. All tourism sights and attractions are open to both nationals and international travellers,” he added.

“Our government is focused on welcoming international travellers so it’s likely the arrival process will be further simplified in time. As it is, it’s one of the easiest countries to enter in this part of the world,” Cooray said.

Cooray is grateful for rising numbers from Russia, describing the market and a few other Eastern European sources as “our saviour in the past few months”. Official figures show Russians stay an average of 10.4 nights in Sri Lanka.

“Up until now, we’ve had mainly low spenders, but now we see high net worth travellers from these destinations. This is what we at Jetwing and destination Sri Lanka are aiming to attract,” said Cooray.

Recovering regulars
Over in Thailand, it is uncertain if the government’s decision to lift the suspension of Test & Go from February 1 – this time with no source country restrictions – will be enough to bring back Russian travellers. Travellers are required to do two PCR tests instead of one previously, on day one and day five, and prepay for overnight accommodations on those days while they wait for results.

According to Bill Barnett, managing director, C9 Hotelworks based in Phuket, it may be too late.

“This high season wraps up in March/April so with booking lead time, it’s too late to cry over spilled milk,” he said. “Russians are the most sought-after market in Phuket hotels right now but, frankly-speaking, that boat has sailed.”

Aviasales’ Dzenis believes this moment could be “a big win” for destinations like Sri Lanka. “Given a destination with lots of conditions to enter and another that is more open, no one can be certain if Russians will go back to the old resorts, having experienced new horizons,” he said.

He believes Vietnam will attempt recovery with price undercutting. Expect next winter to be a “brand new ball game”, he warned.

Devan Bhaskaran, general manager of The Racha, Phuket, is heartened that the Sandbox has brought Russians back to Phuket from Pattaya. Russia was Phuket’s main market until China mass tourism overtook it and resulted in Russians shifting attention to Pattaya.

Concerns remain for the long term, shared Bhaskaran, who is doubtful of returning to 2018 occupancy levels without the Chinese. For now, he is banking his hopes on the Indian market, which is “getting stronger and we hope to see them for the whole year”.

“Besides that, the local government will continue with phase four of domestic travel and hopefully phase five till October,” he said.

Thailand’s fight for the Russians and other source markets will depend on whether Test & Go’s resumption will open the floodgates, as other destinations are ready to fight tooth-and-nail for travellers.