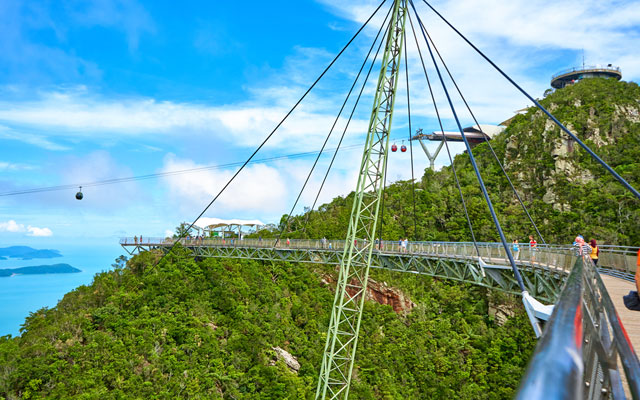 Malaysia’s tourism stakeholders have voiced out against the federal government’s decision on December 2 to ban travellers from 26 countries from joining the Langkawi Tourism Bubble.

The announcement came after Omicron variant infections were reported in the affected countries, which include the UK, Australia, Saudi Arabia and the UAE. The health ministry said in a statement that the move was part of prevention and control measures to curb any possible spread of Omicron infection.

A day later, however, the government backtracked and announced that only eight countries – South Africa, Botswana, Eswatini, Lesotho, Mozambique, Namibia, Zimbabwe and Malawi – would be imposed with travel bans.

Anthony Wong, secretary, Malaysian Association of Hotel Owners, said the government’s flip flop decisions on the countries under the travel ban gave confusing signals to the international travel trade and the travel community.

He added: “International travel trade and the travellers will lose confidence in the destination.”

Wong, who is also the managing director of Cottage by the Sea by Frangipani Langkawi, said the property’s year-end holiday bookings from Europe have been affected by the discovery of the Omicron variant, which has also derailed the property’s marketing and promotional efforts.

Some agents from overseas have made cancellations, he shared.

Mint Leong, managing director, Sunflower Holidays, said that while she supported the government’s move to beef up border security amid Omicron’s emergence, she agreed that flip flop decisions would dent international travellers’ confidence in Langkawi and cause them to choose another destination.

She urged the government to take a firm stand and prioritise the health of its citizens.

She said: “If a decision had been made to issue a travel ban on the 26 countries to minimise the risk of the Omicron variant from entering the country through Langkawi, then the government should stick to it. It should not bow to any pressure and overturn its decision within 24 hours.”

Mega Water Sports & Holidays’ director of sales and marketing, Sharmini Violet, emphasised that tourism players in Langkawi are operating under strict safety measures and the destination is ready to continue to welcome international travellers safely.

“I hope the government would not make any rash decisions to close our key winter markets in Scandinavia and other European countries due to the small numbers of Omicron infections recorded in those countries,” she said.