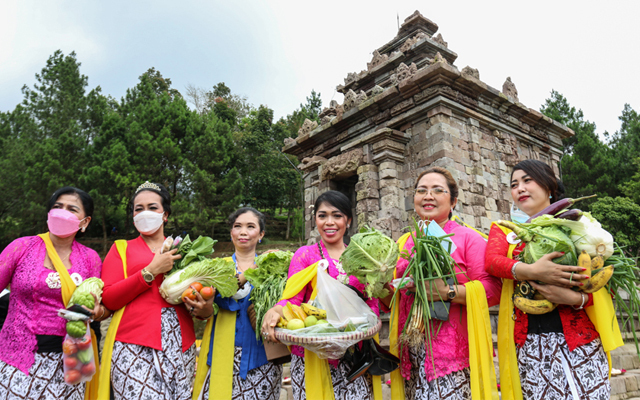 The regency of Semarang in Indonesia’s Central Java province has intensified infrastructure development and established fresh private investment opportunities in an effort to compete with neighbouring Semarang City as a tourist destination.

Semarang is one of the supporting clusters of the Borobudur Super Priority Destination Development together with Yogyakarta and Solo, which is dubbed Joglosemar.

At present, the Solo-Semarang section of the new Semarang-Solo-Yogyakarta toll roads has been completed, while the Semarang-Yogyakarta section is in progress.

Gedong Songo Temple complex, a group of 9th century Hindu temples, has been repaved and given a new platform for flower markets and parking spaces. A traditional market in Bandungan has been relocated to clear traffic congestion on the way to the temple complex, and a park is under construction on the former market site.

The Rawa Pening lake has been cleared of water hyacinth and tourist attractions have been built in the area. Today, Bukit Cinta is one of the popular spots for families and young visitors to enjoy water activities, such as boating and fishing.

Kampoeng Kopi Banaran, a resort set amid a Dutch colonial coffee plantation, will be upgraded and expanded to better appeal to travellers.

Ngesti revealed that two strategic areas, sized between 10 and 11 hectares, in Bandungan and Tengeran area on the Solo-Semarang main road are earmarked for tourism development by investors.

“We will develop and expand the roads leading to the locations and ease permits for potential investors,” he added.

Guests of the event welcomed the news, but pointed out areas for improvement to enable the regency to fulfil her tourism goals.

Bondan Marutohenging, chairman of Semarang Regional Parliament, said the Semarang regency would require hotels and event venues to extend the average length of stay of visitors, which would then grow tourism revenue.

Tourism is currently the second biggest revenue generator for the regency, only after land and building taxes.

Without enough hotels, travellers will continue to visit the regency for attractions but stay overnight in Semarang City where accommodation options are plenty, remarked Bondan.

Attractions in the regency are doing their part to raise the destination’s profile. Kampoeng Kopi Banaran, for instance, will launch three national events in 2022, shared general manager Frina Bonita.

“We will launch the first music concert in the middle of the coffee plantation, titled Dynamic Fest, in June. That will be followed by the Black Market Festival during the coffee picking season in August. We will close the year with the first Indonesia International Motor Show,” she disclosed.