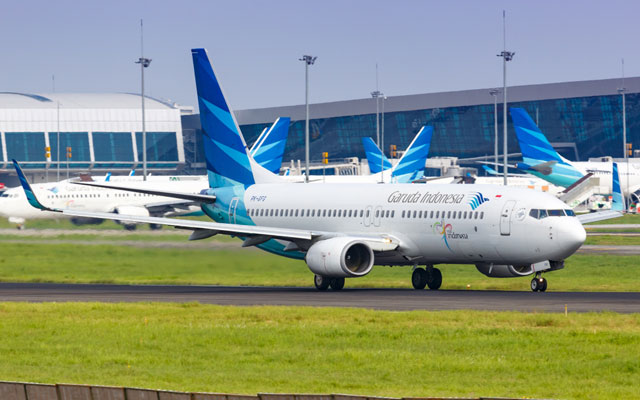 Garuda Indonesia will axe 97 routes next year to prevent the beleaguered Indonesian flag carrier from falling even deeper into the doldrums.

If the plan goes ahead, the number of domestic and international routes served by Garuda will be reduced to 140, from 237.

In a recent meeting with lawmakers, Kartika Wirjoatmodjo, vice minister of state-owned enterprises, said that majority of the suspended routes are in the airline’s international network, including Amsterdam, London, and South Korea.

Apart from low seat load factor, the planned suspension is in line with the decrease of fleet size from 142 to around 50 to 60, according to Kartika. It is also in accordance with state-owned enterprises minister Erick Thohir’s instruction for the airline to focus on serving its domestic network.

In response, Jongki Adiyasa, executive director of Ina Leisure Tours and Travel, remarked that if Garuda were to shift its focus to the domestic market, it would be like “a big fish in a little pond”.

“(Garuda) is domestically a strong player because the quality of its service is far better than that of its local competitors,” he pointed out.

However, Jongki opined that the suspended routes would have minimum impact on Indonesia’s inbound traffic as, based on his observations, the majority of travellers had opted for other international airlines like Thai Airways which offer better prices than Garuda.

Hasiyanna Ashadi, managing director of Marintur Indonesia, is similarly unbothered about the impact Garuda’s flight cuts will have on inbound traffic as she said there are other international airlines, such as Emirates and Etihad, to bring visitors to the country.

She added that she understood Garuda’s decision to reduce international routes as it can be hard for airlines to project inbound demand amid the pandemic, given the ever-changing travel regulations and restrictions.

Instead of keeping its international routes during this “uncertain time”, it would be wiser for the airline to reorganise and reposition itself for survival, she said.