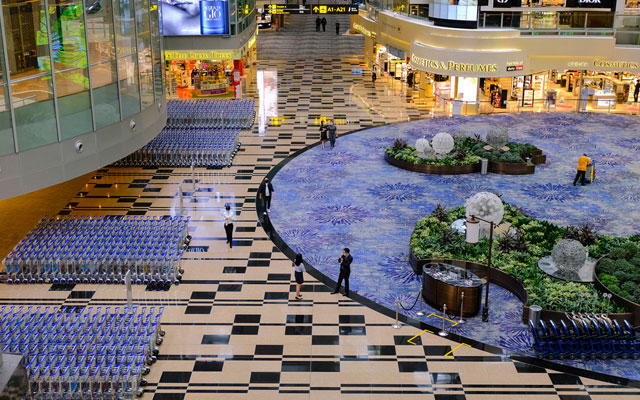 Bookings from Singapore to Germany has increased, with leisure travel leading the way, following the announcement of the Vaccinated Travel Lane (VTL) between both countries, which kicked off on September 8, according to recent data from ForwardKeys.

Since the pandemic stymied international travel for residents in Singapore since March last year, Germany is the first quarantine-free, longhaul destination for fully vaccinated travellers. When examining the air tickets issued between the announcement day on August 19 and September 3, demand for travel from Singapore to Germany was 135 per cent higher than from Germany to Singapore.

Tickets from Germany to Singapore reached 18 per cent of that issued in the same period in 2019, while in the other direction, it’s at 93 per cent of 2019 levels.

“We had observed similar lopsided demand when the Australia-New Zealand air travel bubble (ATB) launched in April earlier this year, with almost three times as much travel going to New Zealand than the opposite direction,” said Jameson Wong, vice president strategic clients & partnerships APAC at ForwardKeys.

“However, while that initial rush was primarily due to returning New Zealanders residing in Australia, the Singapore to Germany air bookings reflect a considerable amount of pent-up demand from the leisure segment. For both directions, around 70 per cent are return tickets, indicating a sizeable pie of short-term visitors,” added Wong. Further analysis using data from ForwardKeys’ Destination Gateway revealed that the biggest proportion of travellers from Singapore to Germany are indeed leisure travellers, accounting for 76 per cent of all travellers – up from 43 per cent in 2019.

“From quarantine-free fine prints, traveller confidence, timing, clarity of information, attractiveness of the destination to the ease of making travel arrangements, the stars seem to be well aligned for longhaul, outbound leisure travel to truly restart,” commented Wong.

The number of travellers choosing to book directly with airlines has also grown four folds, 88 per cent now versus 22 per cent in 2019, revealing the control and assurance that travellers need in the post-Covid era.

According to Ema Mandal, ForwardKeys insights specialist, the average length of stay for the leisure travellers has grown by only two days – from 13 days in 2019 to 15 days.

“We thought the metric would have lengthened significantly given the prolonged halt on longhaul. But it seems the travellers from Singapore to Germany are ‘warming up’, playing it safe and have not yet started to take advantage of the fact that one can take domestic flights within Germany without affecting the return VTL eligibility, which could have driven up the length of stay,” Mandal said. A closer look at seasonality reveals some similarity in travel patterns across the main traveller segments.

Arrivals started to increase from September 8 when the VTL kicked off, but quickly dwindle off in early November and subsequently pick up again when the school holidays commence from November 20, peaking into December, just in time for the Weihnachtsmärkte in Deutschland, or Christmas Markets in Germany.