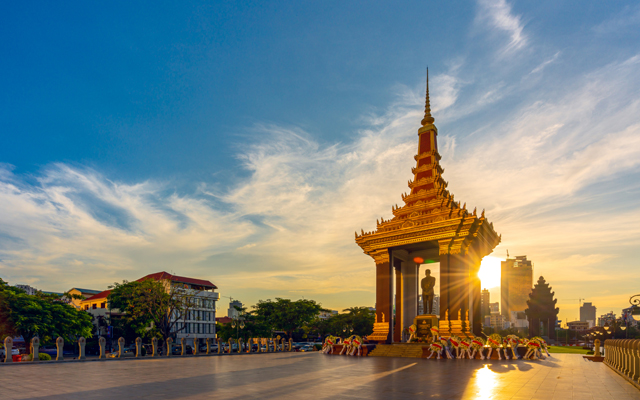 Cambodia’s rapid vaccination rollout has sparked hopes that international tourists will be welcomed in 4Q2021. However, industry players warn without the hasty announcement of official plans another high season will be lost.

Cambodia’s impressive vaccination campaign has seen more than 75 per cent of the population fully vaccinated. Frontline workers are already receiving their third booster injection, with children above 12 years old being given their first jab.

Additionally, a recent report from Executive One Consulting forecasts 80 per cent of Cambodia’s adult population will be fully vaccinated by August 31. This compares with July 22, 2022 for Thailand and September 22, 2022 for Vietnam.

He added the Kingdom needs to act fast to “reshape the travel dynamics in South-east Asia” and plant Cambodia on the map as a standalone destination ahead of its neighbours.

While the government has publicly mooted the idea of opening to vaccinated tourists in 4Q2021, nothing has officially been announced. Agents fear they are now in danger of losing out on another year of business as the high season looms and preparation time runs out.

Steve Lidgey, general manager of Travel Asia a la Carte, said: “We need a proper plan in place so the industry can prepare. It’s not just so tour operators can sell overseas but hotels and other hospitality businesses need time to plan.”

The general manager of an independent travel agent, who wanted to remain anonymous, has already ploughed his personal savings into the business. He said: “The situation is desperate. It’s worrying because if we lose this high season, it will be another year of no business and we simply can’t survive.”

The head of a destination management company added: “The economic consequences will be far more severe and long-lasting than the disease will ever be… Counting cases in Cambodia is irrelevant at this stage of the vaccination process; it’s basically fear mongering. Count severe cases and hospitals over capacity, and get back to normal life.”

CAM DMC and other stakeholders will jointly send a formal letter to the relevant ministries urging them to announce plans to fully open to vaccinated visitors in 4Q2021.

Cambodia has also confirmed it will host ASEAN Tourism Forum in the coastal city of Sihanoukville from January 16 to 22, 2022. The Ministry of Tourism confirmed it is ready to welcome 2,000 participants from more than 25 countries.