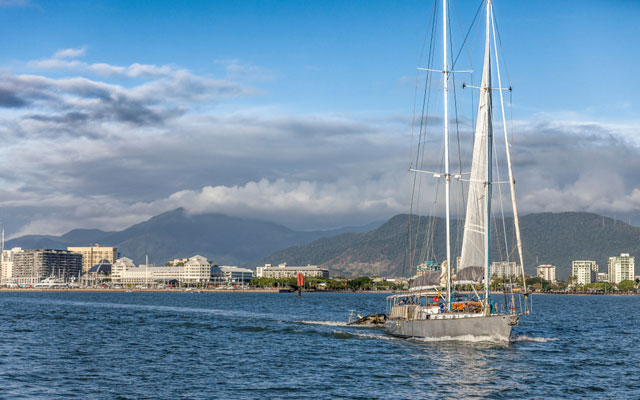 Tourism stakeholders in North Queensland expect thousands more jobs losses by the end of this year amid ongoing lockdowns across Australia.

According to new research from the Tourism and Transport Forum, another 3,150 Tropical North Queensland tourism jobs will be lost by Christmas, shrinking the tourism workforce to half its pre-pandemic size.

Tourism Tropical North Queensland (TTNQ) CEO Mark Olsen said tourism had employed 15,750 full and part-time staff and, with indirect tourism spend, supported a total of 25,500 jobs before the pandemic in the Cairns region.

“By July 2021, we had lost 3,600 permanent staff, even with the support of JobKeeper and a returning domestic market,” Olsen said.

“The region grew its workforce across the entire supply chain ready for a busy winter, but now these new recruits, including more than 200 from the tourism industry who have been in training for months, are being told to find other work.

“Government needs to understand how significant this impact will be on our community where one in five jobs have depended on tourism.”

Advance Cairns CEO Paul Sparshott said the ability for the regional economy to recover would be greatly reduced if skilled staff were lost to the tourism and hospitality sector.

“There will be far-reaching ramifications. When tourism markets are severely impacted, it flows through to other industries, affecting the whole regional economy,” he said.

Olsen said Tropical North Queensland is, and will remain, one of the most impacted regions in Australia and that the outlook for the tourism industry was grim. “Our region has had just 27 days straight without the impacts of a lockdown in key domestic markets in the past 18 months,” he said.

“That period in May was the busiest the Cairns and Great Barrier Reef region had been since before the pandemic as we are the most Googled regional destination for Australian holidaymakers.

“However, the stop/start impact of southern lockdowns shutting the destination out of key markets is difficult for businesses to manage, particularly with staffing levels.”

Olsen noted that the region is in its sixth week of free-falling visitors with more than 15 million Australians in lockdown. “Most businesses are running at less than five per cent of their normal revenues, and the forward bookings are slowing with hotels down to 15-25 per cent occupancy and more than A$20 million (US$14.4 million) in postponed events for July and August,” he said.

Olsen also cited new data from the Queensland Tourism Industry Council which revealed that consumers have lost confidence in booking travel interstate and far from home, with nearly 60 per cent of Australian travellers unlikely to cross their State border.

He said: “With half of our domestic travel coming from interstate before lockdown, the closing of borders will continue to have a dramatic impact on our region.”