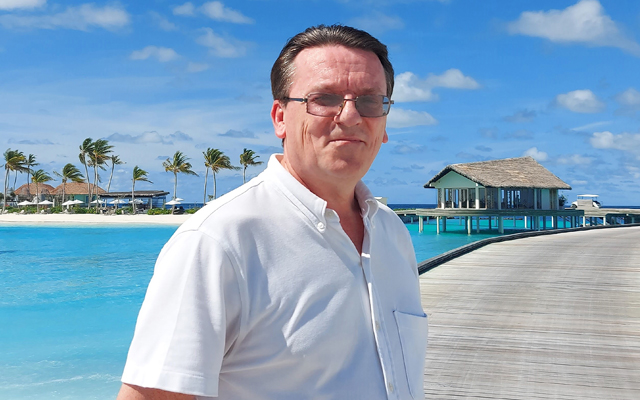 Radisson Blu Resort Maldives has appointed Gavin Sanders as General Manager, who brings more than 30 years of extensive experience in all areas of hotel management, operations and sales. Prior to this move to the Maldives, Sanders was general manager of Radisson Golf and Convention Centre Batam commencing July 2017, his first international assignment.

Sanders embarked on his hospitality journey in 1987 at Radisson Edwardian Vanderbilt Hotel in London. He built his career at Radisson Edwardian Hotel Heathrow from 1989 to 2012, holding various positions until he became general manager. He was then assigned to Radisson Blu Edwardian hotels in New Providence Wharf, Bloomsbury, and Kenilworth.