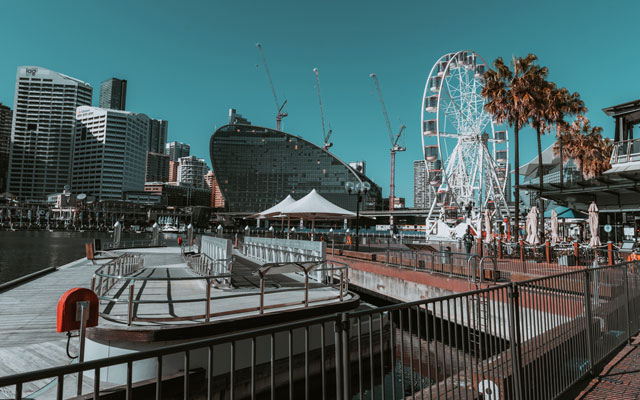 After being one of the highest-performing countries during the early portion of 2021, Australia’s hotel occupancy has been on a rapid decline amid the latest Covid-19 lockdowns across the country, according to data from STR through August 1.

“Although winter is likely a precipitating factor for some of the decline, these new restrictions across state borders have meant that a lot of travel is simply not possible. We noted last month that forward-looking data around the country was trending downward, and that has been supported by the actualised figures.”

Markets with longer restrictions have seen occupancy levels drop to below 20 per cent. For the week of July 26 to August 1, the STR-defined Sydney Surrounding market, as well as Sydney, posted 15.6 per cent and 15.8 per cent occupancy levels, respectively. Those were each market’s lowest weekly levels in 2021.

“The extended lockdown in Sydney and most recently in Brisbane have led to airline capacity shrinking dramatically. Qantas, for instance, went from operating at 100 per cent domestic capacity in May to less than 40 per cent in July,“ Burke said.

“For hotels, STR’s latest Forward STAR data shows Sydney, Melbourne and Brisbane with lower levels of occupancy on the books at the start of the month than compared with the same time last year. In markets which are open, a renewed push toward intrastate travel has commenced with tourism voucher campaigns launching in Tasmania and the Northern Territory, with others possible to help stimulate demand. For example, in Adelaide, Friday nights show the highest occupancy on the books with the legacy voucher campaign providing that base stimulatory demand.”

Although up week over week, Adelaide (30.0 per cent), Melbourne (27.1 per cent) and Canberra (21.2 per cent) also came in at notably low occupancy levels for the week ending August 1.

“Like the Northern Beaches cluster in December and January, Canberra’s performance is closely tied to Sydney’s openness,” Burke said. “Despite not having a case, Canberra is still feeling the performance impact.”

The Darwin Area posted Australia’s highest occupancy for the week, at 65.4 per cent. The market’s weekly occupancy was as high as 82 per cent in late May. Queensland came in second during the week, at 61.8 per cent, followed by Perth and Brisbane at 48.1 per cent and 44.7 per cent, respectively.