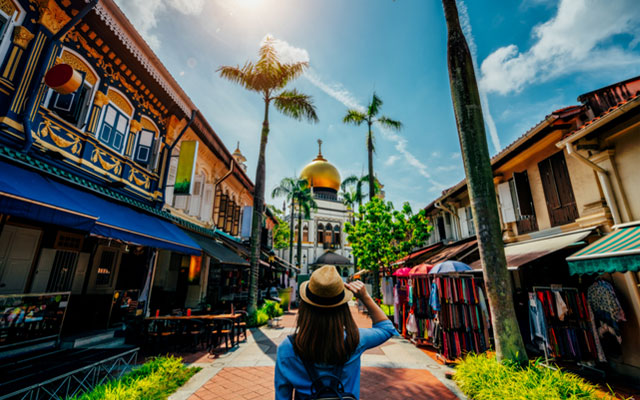 Travel plans are on the rise in Singapore, with 44 per cent of Singaporean adults planning to travel over the coming three months, up from 20 per cent a month ago, according to Finder’s Travel Index.

Both domestic and international travel plans are on the rise. A third of Singaporeans (34 per cent) plan to travel domestically over the months of August, September, and October, up from 12 per cent in the June survey.

One in five Singaporeans (21 per cent) plan to travel internationally over the next three months, up from 10 per cent last month.

The survey also found that 30 per cent of Singaporean adults plan to travel either domestically or internationally in August, while 16 per cent plan to travel in September and 14 per cent in October.

“We’ve seen a monumental jump in the percentage of Singaporeans interested in travel over the past month, with the number of people planning short-term travel more than doubling from June to July.

“It’s likely this is in part due to the recent Test, Trace, and Vaccinate campaign for Singapore’s shift to a new normal.”

Over the same period, most other countries surveyed saw the percentage of people with travel plans remain flat or even fall month-on-month, making Singapore an exception to the trend.

“Unfortunately due to the latest outbreak, it’s likely some of the trips planned for next month won’t be possible, with restrictions in place expected to last until mid-August,” said Kidman.

“However this is just a temporary pause, and it’s likely many of these trips will be postponed for when travel is possible again. Overall, it’s promising to see the lift in the number of people planning to travel, and suggests that travel is starting to recover, if not back to the way things were.”