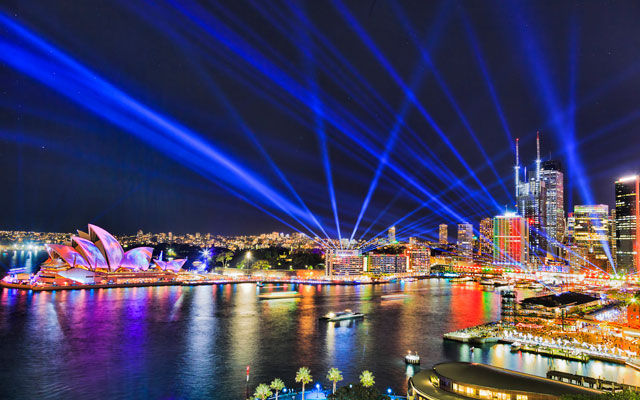 An ongoing lockdown of Greater Sydney has disrupted Vivid Sydney’s August launch plans, forcing the high profile arts and culture event to be rescheduled to September 17 through October 9.

The event, which had its 2020 edition cancelled because of the pandemic, was supposed to take place from August 6 to 28.

Commenting on the decision to push back Vivid Sydney, tourism minister Stuart Ayres said: “We all want to see Sydney shine through the spectacular show of creativity and innovation that is Vivid Sydney in September and October this year.

“The recent outbreak has presented a new challenge for everyone, and the health and safety of our citizens and entire event community involved in Vivid Sydney is our foremost concern.”

However, Ayres has also hinted at further delays should the community’s safety continues to be a concern.

Destination NSW (New South Wales), which owns, manages and produces Vivid Sydney with the NSW Government, will continue to work with NSW Health and other agencies to deliver a Covid-safe event with support from event partners, artists, sponsors, and suppliers.