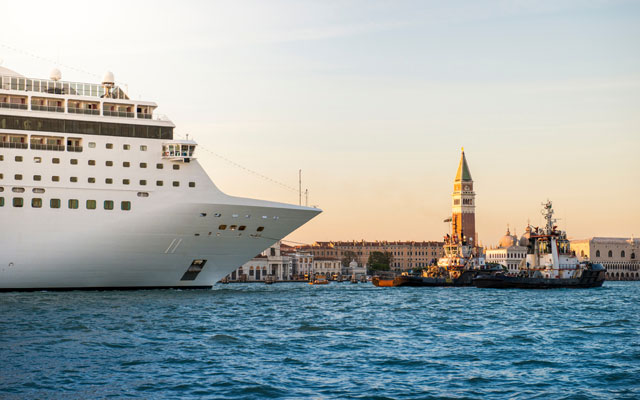 After years of hesitation, Italy will finally slap a ban on large cruise liners entering Venice’s waters, with the restriction coming into effect August 1.

News agencies reported that, according to cabinet sources, the government was forced into the move after UNESCO threatened to put Italy on a blacklist for not banning liners from the World Heritage site.

The ban will impact ships weighing more than 25,000 tonnes. They will no longer be allowed to enter the Giudecca Canal that leads past the landmark Piazza San Marco. Instead, they will be rerouted through the Venice lagoon to dock at the industrial port of Marghera on the mainland.

The government has committed to the construction of five berths at Marghera to accommodate cruise liners by 2022, a project that would cost 157 million euros (US$185 million). It has also promised compensation for those who lose out financially from the law, although it did not specify whether this includes any of the 4,200 local workers employed by the cruise industry, reported CNN.

According to Galietti, the use of Marghera port will be a “short to medium-term solution”, as it is still within the Venetian lagoon. Commercial vessel traffic in the lagoon is damaging the lagoon’s ecosystem. The Italian government had ruled on April 1 that a permanent port must be constructed outside the lagoon, but this would take time.