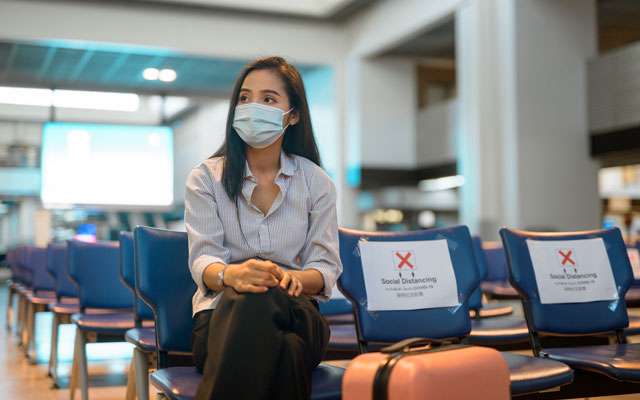 The study of 11,000 travellers across 10 countries was conducted by Edelman Data & Intelligence, the research and analytics arm of Edelman, which has studied trust for over 20 years through the Edelman Trust Barometer.

Price transparency
According to the study, the two most important factors in building consumer trust in travel agencies and travel suppliers, such as airlines, are having ‘no hidden costs’ (55 per cent) and ‘fully flexible or refundable products’ (45 per cent).

Unfortunately, most travellers currently deem industry performance in both of these areas to be poor (60 per cent and 57 per cent respectively). Travellers in New Zealand and Australia were shown to be the most disappointed on this point, with a significant 40 and 39 percentage point gap between importance and performance.

Greg Webb, CEO at Travelport, said: “The importance of price transparency can’t be overstated. To put it into context, having no hidden costs is a full 16 per cent more influential on trust than an airline’s long-term safety record. The request from consumers here is clear; the time has come to eliminate hidden fees and improve the overall transparency of pricing and communication.”

Covid-19 health and safety
The majority (56 per cent) of travellers that participated in the study said the travel industry has done well in implementing Covid-19 health and safety measures. Going forward, however, around half said they would like more reassurance on how robustly some measures are being enforced, in particular, improved air filtration, social distancing, and managed boarding and queuing.

As such, “travel suppliers and agencies will benefit from being clearer in their communication on certain measures, like social distancing,” said Webb.

Data privacy
Data privacy was another key issue highlighted by the research. Only four out of ten travellers (40 per cent) reported that they currently trust travel companies to use their personal information in the right way. This was especially apparent among Baby Boomers (33 per cent) and Gen Z (36 per cent) respondents.

When it comes to using information to personalise experiences, travellers said they are most comfortable with companies using data that they have actively shared with them through one-to-one conversations (46 per cent), past booking behaviour (46 per cent) and loyalty activity (44 per cent).

They are less comfortable, however, when information is sourced indirectly, for example, through social media activity (35 per cent), public records like credit scores (37 per cent) and past shopping, as well as search and booking behaviour with other companies (40 per cent).

Information credibility
According to the research, the most trusted sources of travel-related information that travellers use when researching a trip are those perceived to have aligned interests: friends and family (67 per cent) and review websites (50 per cent).

In contrast, the least trusted are those with a clear vested interest in selling, such as social media influencers (30 per cent) and celebrities (25 per cent). Once again, Gen Z was revealed to be the least trusting in almost every category.

A similar story played out when examining trust in different types of travel-related information. Customer ratings (54 per cent) and written customer reviews (51 per cent) are among the most trusted. However, third-party certification (39 per cent), photos of products such as hotel rooms provided by travel companies (42 per cent), and third-party ratings such as hotel star systems (43 per cent) were revealed to be the least trusted.

“The travel industry needs to sharpen its focus on trust. This study has shown, as an industry, we are not as trusted as we would like,” said Webb. “The good news, however, is that we now know what the issues are, and we also have a once-in-a-lifetime opportunity to hit reset, as countries re-open and travellers eagerly get back on airplanes. If we move quickly to address these issues, we can accelerate industry recovery as well as the modernisation of travel retailing.”

In addition to identifying gaps in trust, the research also uncovered evidence that trust directly influences purchasing behaviour. Due to Covid-19, almost half (46 per cent) of travellers today, for example, were shown to prioritise trust over all other factors when choosing a travel supplier.