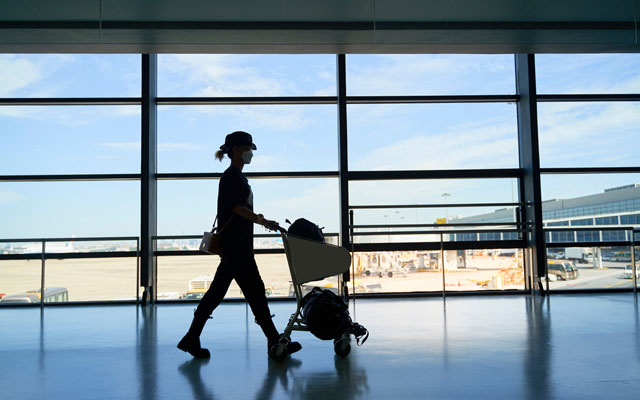 Hong Kong’s government has come under fire over its decision to shorten the quarantine period for fully vaccinated travellers arriving in the city without prior consultation with quarantine hotel operators.

The two-phased scheme kicked off with Hong Kong residents on Wednesday (June 30), and will be followed by foreign travellers this month.

Under the new regulation, Hong Kong residents returning from countries in Group B and C, which are classified as high-risk and medium-risk respectively, need only serve a seven-day quarantine, down from 14. To qualify, they need to be fully vaccinated, as well as test positive for antibodies and negative for Covid-19 upon arrival at the airport.

Group B comprises of 29 countries including Cambodia, France, Italy, Japan, Malaysia, Singapore, Thailand, the UAE, the US and Vietnam. Meanwhile, Group C countries include all places outside mainland China and Macau that are not named in any of the other groups.

Winnie Chan, manager of the Hong Kong Federation of Hotel Owner Association, said that its members only learned about the new quarantine policy from news reports.

She explained that “the move drastically disrupts our booking system” as customers who have booked seven days for a stay at a quarantine hotel, but end up failing to pass the government requirements upon arrival would be required to extend their stay for another seven days.

This problem was echoed by acting COO of Hong Kong’s Ovolo Hotels, Marc Hediger. He told TTG Asia that the question remains whether travellers are required to secure and show proof of a hotel reservation confirmation for 14 nights before they can fly to Hong Kong, in the event that they do not meet the government requirements.

“If so, the majority of vaccinated travellers are highly likely to test positive for antibodies, and they will then end up amending their hotel stays (from 14 to seven days) with little to no notice after they arrive, creating a chaotic situation for hoteliers,” he said.

Hediger urged the government to consult hotel industry stakeholders before making such decisions in future, so as to better understand the implications of policy changes.

Additionally, operators are feeling the pinch from the wave of cancellations in bookings following the government’s sudden decision to ban flights from the UK since July 1 due to a surge in Covid-19 cases there.

Likewise, hoteliers were not consulted in advance. The Federation estimated a loss of 3,000 to 4,000 room nights resulting from the UK travel ban, and is seeking extra subsidies from the government.

Metropark Hotel Kowloon general manager, Raymond Liu, said the property recorded over 90 per cent of bookings for July, but following the announcement, 60 per cent of those bookings have been cancelled. This amounted to about 200 bookings and accounted for approximately HK$4 million (US$514,930). As such, he hopes the government could offer extra subsidies to operators that have been greatly impacted by the UK flight ban.