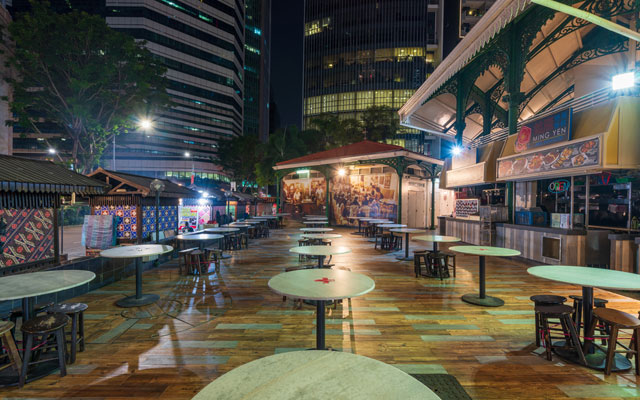 Dining in at F&B outlets in Singapore will be allowed to resume from June 21, but in groups of two people instead of five as previously announced.

Under the new regulation, groups that exceed two people who are not from the same household will not be allowed to dine-in together at eateries, even if they are split across multiple tables, the Ministry of Health (MOH) said in a statement.

People from the same household can eat out at multiple tables, said co-chair of the multi-ministerial task force Lawrence Wong at a press conference on Friday (June 18), Channel NewsAsia reported.

The report also quoted co-chair of the task force Gan Kim Yong as saying that authorities expect a regular rapid testing regime to be in place by around mid-July, which is when the group limit for higher-risk activities including dining-in will be increased to five people.

The new development comes as Singapore calibrates its reopening plan amid a rise in unlinked Covid-19 cases over the past week, due to a growing cluster at the 115 Bukit Merah View Market and Food Centre. As of June 17 (Thursday), the number of cases linked to the Bukit Merah View cluster have grown to 56.

The Health Ministry had announced on June 10 a two-step plan to ease Covid-19 restrictions, following a drop in the number of community cases. The ban on dining-in, which has been in place since May 16, were among the measures that were slated to be eased from June 21 under the second phase of the reopening.

However, with the recent rise in infections, plans now have to be readjusted, said Wong.

Health minister Ong Ye Kung was quoted by The Straits Times as saying that there were 94 community cases in the past seven days, compared with 41 in the previous seven. The proportion of unlinked cases has remained stable at 19 per cent.

Wedding receptions will remain prohibited until mid-July, MOH said. Gyms and fitness studios can resume indoor activities without masks from Jun 21, in group sizes of up to two people and in classes of up to 30 people, including the instructor.

Mask-on activities and outdoor mask-off sports or exercise activities can continue in groups of no more than five people and in classes of up to 30 people including the instructor. Meanwhile, work from home will remain the default arrangement.