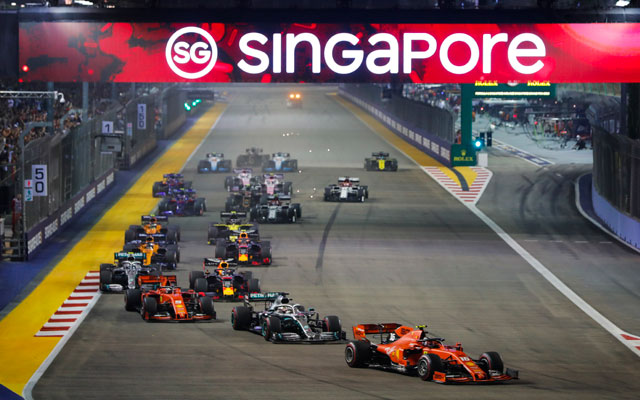 The Singapore Formula One Grand Prix has been called off for the second year in a row due to the ongoing Covid-19 pandemic.

The cancellation was announced by race promoter Singapore GP in a statement on Friday (June 4), citing “ongoing safety and logistic concerns” amid the pandemic.

Tickets for this year’s race, originally slated for October 3, had not been released for sale, pending the decision on the event’s feasibility. Singapore GP said that ticket holders who deferred their 2020 tickets to the 2021 race will be fully refunded, and that it will be in touch with them directly.

“We understand that our fans were looking forward to another edition of the Formula 1 Singapore Grand Prix. To cancel the event for a second year is an incredibly difficult decision, but a necessary one in light of the prevailing restrictions for live events in Singapore,” said Colin Syn, deputy chairman of Singapore GP.

“We would not be able to deliver a full event experience fans have come to expect over the years, while safeguarding the health and safety of our fans, contractors, volunteers and staff. Ultimately, we have to be responsible, cautious and prudent as safety is our number one concern.”

Ong Ling Lee, director, sports, Singapore Tourism Board, said that the agency is working closely with Singapore GP, Formula 1 and other government agencies to “determine the future of the race”.

Singapore GP said that it is in discussions with the government and Formula 1 on the issue of hosting the FIA Formula 1 World Championship going forward, with details to be announced “in due course”.