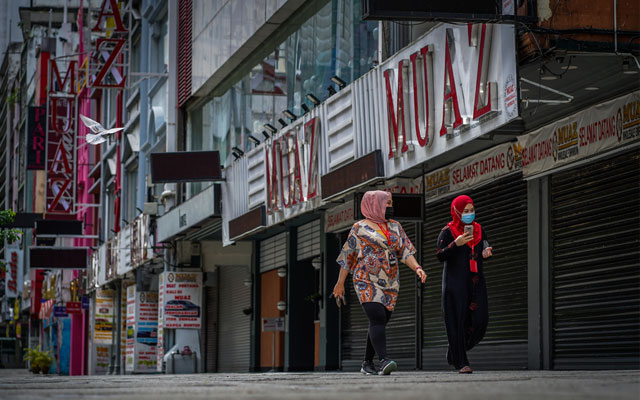 Tourism industry players in Malaysia are calling on authorities to impose a full lockdown, similar to the movement control order (MCO) 1.0 last year, so as to flatten the Covid-19 curve as quickly as possible.

They shared that the government’s efforts to tighten travel and mobility restrictions, starting from Tuesday (May 24), are insufficient to break the chain as daily cases continue to surge.

On Sunday, Malaysia recorded 6,976 new cases and 49 deaths, marking the fifth consecutive day of more than 6,000 new infections. Some states, such as Kelantan and Negri Sembilan, have requested the Health Ministry for field ICUs, as many hospital ICUs have reached maximum capacity.

He opined that additional restrictions to be imposed from tomorrow such as a two-hour limit for shoppers at retail premises is not very effective. “It takes only a few seconds of exposure to contract the virus. Enforcement will also not be easy,” he said.

Other new rules to curb the contagion include reducing passenger capacity on public transportation by half and restricting operating hours of businesses.

Also calling for a total lockdown is Malaysian Association of Hotels (MAH) president, N Subramaniam, citing the ineffectiveness of current MCO restrictions in stamping out the virus spread.

“The tourism and hotel industry is of the opinion that the government needs to implement stricter and more effective measures such as a total lockdown, similar to MCO 1.0, to control the spread as soon as possible,” he said. “Limiting attendance at workplaces and operation hours of economic sectors will only prolong the situation.”

He also stressed that the industry needed greater assistance from the government, to prevent the closure of more hotels in the near future.

According to MAH, the hotel industry alone recorded a loss of over RM6.53 billion (US$1.57 million) last year. For year-to-date, the loss of revenue easily adds up to RM5 billion, making it worse than last year.

Members of the public too have been calling on the government for a stricter lockdown, but the government has been reluctant to initiate one. Finance minister, Tengku Zafrul Tengku Abdul Aziz, explained that it could lead to one million job losses, with low-income earners suffering the most.

He said that the MCO 1.0 last year had contributed to a 5.3 per cent unemployment rate, with 826,000 people losing their jobs – the highest level of unemployment since the commodity crisis in the 1980s.

Prime minister, Muhyiddin Yassin, has also stressed that a total lockdown would lead to more unemployment.

“If we (imposed a total lockdown on all economic sectors), we will face bigger problems to the point where our country will be unable to get back on its feet,” New Straits Times quoted him as saying.

Instead, he is encouraging Malaysians to practice self-lockdown by staying at home and not going out unnecessarily.