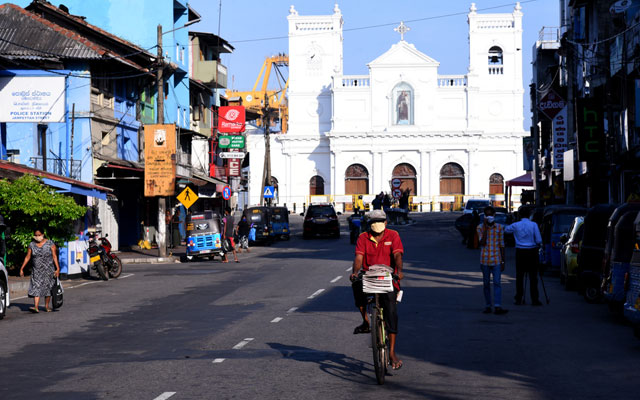 Sri Lanka has imposed islandwide travel restrictions, similar to a curfew, for a 77-hour period, which started from 23.00 on Thursday (May 13), in a bid to contain a surge in Covid-19 cases.

While the government has dubbed it as “travel restrictions”, the move is akin to a curfew and lockdown of the country which will last till Monday (May 17), 04.00. However, all essential services are allowed to continue operations, and international borders remain open, tourism officials said. The decision affected Sri Lanka’s minority Moslem community who celebrated the Ramazan festival on Friday.

The move is in response to a surge in Covid-19 cases, with the daily tally hitting 2,386 as at 13.00 on Thursday, bringing the total number of cases to 132,527 with 869 deaths. This is compared to 969 cases reported on April 23, which was then the second highest daily toll on record.

The spike was triggered by crowds thronging local markets and malls during the Sinhala and Tamil New Year period in mid-April, as well as commuters travelling in crowded buses and trains to their hometown during that week.

The government has announced a ban on all state and private events, meetings, and parties to curb the spread of the infection. Public gatherings such as exhibitions, conferences, indoor and outdoor events, carnivals, musical shows and processions are also prohibited.