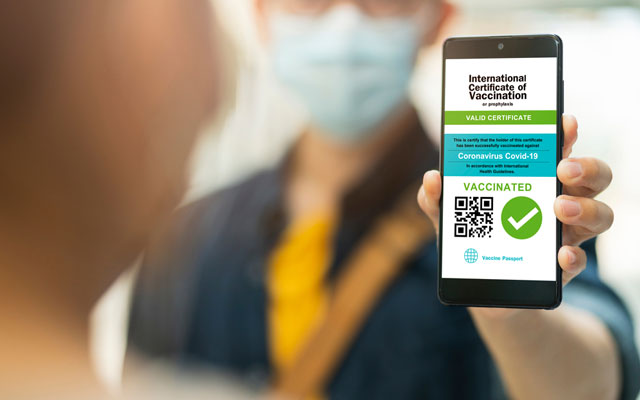 An overwhelming majority of Singaporeans would be comfortable using digital health passports to help restart travel, with a new global study commissioned by Amadeus showing 96 per cent of Singaporean respondents in favour of such an initiative – the highest among the nine countries that were surveyed globally.

The study, which also looked at factors that travellers will take into consideration when it comes to storing health data, found that 63 per cent of Singaporean travellers would be more likely to store health data on an app where a travel company has partnered with a trusted healthcare company.

Three in four Singaporean travellers (74 per cent) agreed that they would more likely feel comfortable sharing health data if the airline they frequently travel with offered a way to store travel health data in an app.

Some 51 per cent of Singaporean travellers said that having a travel app that could be used across the entire journey would greatly improve the overall travel experience. The same percentage said they would be reassured that all their information is in one place, while 49 per cent indicated this would reduce stress around travel.

While Singaporean travellers are receptive in sharing their health data, they remain cautious about travelling, with only 23 per cent saying they would book international travel within six weeks of restrictions lifting, compared with a global average of 41 per cent across all the markets in the study.

Mieke De Schepper, managing director of Amadeus Asia Pacific, said: “Markets across Asia-Pacific have shown tremendous resilience in light of Covid-19 and this survey shows us that travellers want to start traveling again. Singaporeans have the highest level of receptiveness when it comes to digital health passports amongst other Asia-Pacific and Western countries. The survey proves that travellers are placing their confidence in digital health passports, which is key in shaping how travel will be rebuilt moving forward.

“The travel industry is resilient and we will build it back better than before. This survey further highlights the need for all of us, within the industry, to work together with the government in order to achieve this.”