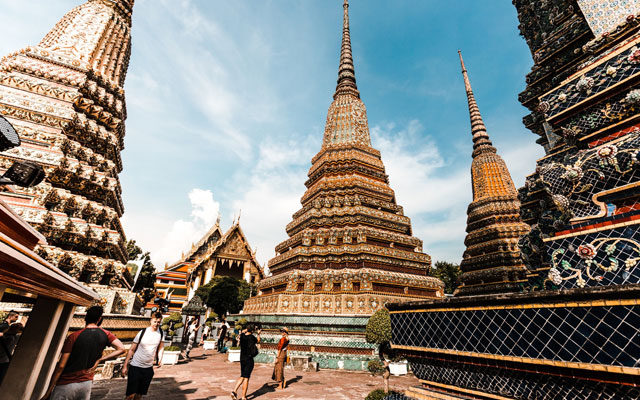 Following Thailand’s move to reduce the mandatory quarantine period for foreign travellers since April 1, things in the kingdom are moving along, including the first batch of visitors availing themselves of the shorter quarantine scheme, vaccinations for tourism industry workers, and the government’s approval of a roadmap for reopening.

Shorter quarantines
On Saturday (April 3), the first flight of 130 travellers eligible for the shorter quarantine period of seven days (from 14 days) arrived at Phuket International Airport, via a Thai Airways direct flight from Frankfurt, Germany. Thirteen Germans and three Thais got off the plane in Phuket, while the rest of the travellers flew to Suvarnabhumi Airport in Bangkok and entered the state quarantine process.

According to the Tourism Authority of Thailand (TAT), shorter quarantines for 11 groups of people currently permitted to enter Thailand were approved by the Centre for Covid-19 Situation Administration (CCSA) on the evening of March 31, and details published in a Royal Gazette.

A seven-day quarantine has also been approved for travellers from non-high-risk countries, defined as those free of Covid-19 variants or mutations, who have been fully inoculated with vaccines approved by the World Health Organization (WHO) or the Food and Drug Administration (FDA), or authorised by the Thai Public Health Ministry, at least 14 days prior to departure.

The actual length of the traveller’s stay at the quarantine hotel is dependent on their landing time in Bangkok, with those who arrive after 18.00 local time being subject to eight, 10 and 15 night stays, respectively.

A supporting website called Entry Thailand which helps travellers assess which quarantine period they are eligible for, and which can be used to browse quarantine stays available throughout Thailand, has been created by the Thai government.

Vaccinations underway
In July, Phuket is expected to be the first province to waive the quarantine requirement for foreign visitors who have been vaccinated.

One of the criteria for the planned reopening is inoculation of a minimum 70 per cent of the island’s population, or 460,000 individuals, to create herd immunity. Phumkit Raktaengam, president of the Phuket Tourist Association, estimates that 920,000 to 930,000 doses would be needed to achieve this goal.

The province intends to vaccinate up to 100,000 people by the end of April. Increased doses were allocated to Phuket, up from 16,000 doses, for the July 1 reopening plan.

Already, the province has kicked off its vaccination drive. As of April 4, some 20,000 hotel workers have been vaccinated through mass vaccinations at five different centres across the island.

The relaunch will target tourists from 28 countries, with 150,000 tourists expected to arrive between the period of July and September, for an estimated income of 30 billion baht (US$955 million).

Stage one, from April to June, includes vaccinated foreign tourists being allowed to undergo shorter quarantines.

During stage two, from July to September, the Phuket Sandbox programme will make Phuket the first province to waive quarantine requirements for vaccinated foreign tourists. They will be limited to travel activities within designated areas in Phuket for seven days, before being allowed to travel elsewhere in Thailand.

The Thai government has also hinted at the possibility of a fourth stage to be implemented starting January 1, 2022, whereby any foreign tourist who has been vaccinated against Covid-19 and holds a vaccine passport will be able to enter Thailand without having to serve quarantine.