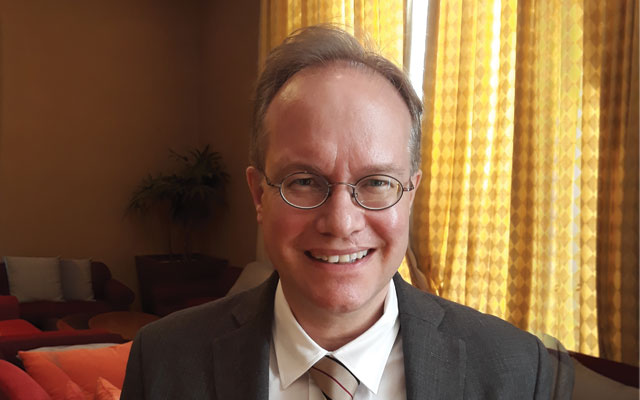 Jens Thraenhart, the longest serving executive director at the Mekong Tourism Coordinating Office (MTCO), has put in his resignation and will serve out his notice in 90 days.

Thraenhart joined the organisation – a secretariat of the Greater Mekong Subregion (GMS) Tourism Working Group and which is owned and funded by the six governments of the GMS – in June 2014, after serving as strategic advisor to the previous MTCO executive director.

Thraenhart told TTG Asia that he is exiting for personal reasons, adding that “external factors make it increasingly difficult to do my job and carry out the mandate of the MTCO”.

He paid tribute to the six governments of the GMS who had put their “trust and confidence” in him to head the MTCO.

“I am proud of what we have achieved. I am deeply honoured to have served the tourism stakeholders of the Greater Mekong Subregion,” he said.

Thraenhart is widely recognised for his work in promoting the GMS and enhancing the MTCO’s digital offerings, specifically the MTCO website (MekongTourism.org) and Mekong Tourism’s social media presence which have won several awards, such as the PATA Gold Award and the HSMAI Adrian Gold Award.

MTCO’s annual flagship event, the Mekong Tourism Forum (MTF), was also recognised by the UNWTO as a global best practice in inclusive and responsible tourism. Since its launch in 2017, MTF has enabled hundreds of small tourism businesses in emerging destinations to be showcased to the world.

He is also behind the creation of the private sector framework, Destination Mekong, which aims to develop, execute and operate various pro-tourism initiatives, such as Mekong Moments and Mekong Mini Movie Festival campaigns, the Experience Mekong Collection, Mekong Heroes, Mekong Trends, and the Mekong Innovations in Sustainable Tourism programme.

Information on Thraenhart’s replacement and interim leadership arrangement is not available at press time.