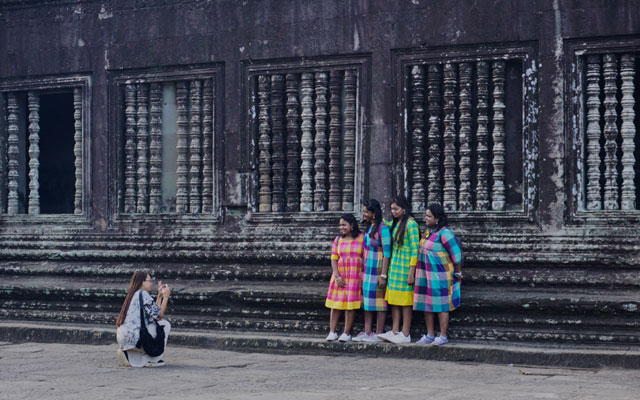 Cambodia and India have agreed to start direct flight connections and promote closer tourism exchanges and cooperation in all areas after the Covid-19 crisis subsides.

Khon was quoted by the report as saying that the two countries have a long history of cultural and religious ties, with holy sites across India playing host to hordes of Cambodians on religious tours pre-pandemic.

To foster active tourism cooperation, he urged the Indian government to reschedule religious tour packages after Covid-19 had been stamped out.

Khobragade fully backed a direct air route connecting the two countries as “it will bring a lot of benefits to the tourism sector, considering how young Indians nowadays really like these kinds of tourism tours”.

Khmer Angkor Tour Guide Association president Khieu Thy told The Post that direct flights with India would be a boon for Cambodia.

Ancient Khmer temples remain a major drawcard for Indian visitors, he said, noting how closely related the religions that inspired their construction are with those of India.

“The number of Indian tourists coming to Angkor Wat has increased every year (with the exception of 2020) and this will create more jobs for local people,” Thy said.

An MoU between Cambodia and India that authorises the rights to operate a direct flight was signed back in 2002, according to Secretariat of State for Civil Aviation spokesman Sin Chansereyvutha.