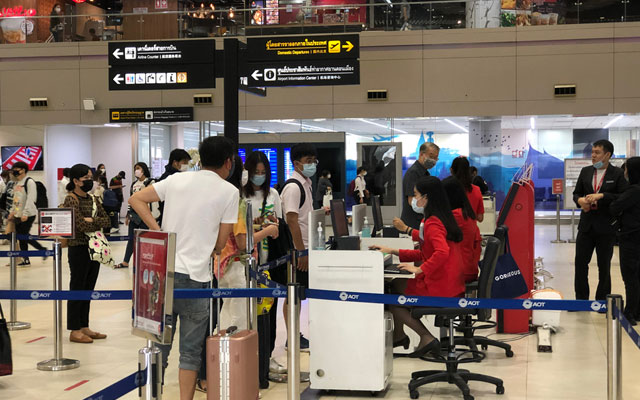 A second wave of Covid-19 has put the brakes on the recent budding recovery in air travel demand in Thailand, with domestic air travel plunging by 60 per cent since the start of 2021, reported the Bangkok Post.

That figure was drawn from 20 airports, which are under the purview of the Department of Airports (DoA) nationwide, said the report, quoting Apirat Chaiwongnoi, acting director-general of the department.

The number of domestic passengers passing through the 20 airports also dropped from an average 30,000 a day before the New Year to 12,000, he said.

After the long New Year weekend, the number of daily flights operated into and out of the 20 airports was down 40 per cent to 100 on average, compared to the 160 flights on average pre-holiday.

Airlines have scaled back their flights in the face of declining demand, with some asking the DoA to extend remedial measures, including landing fee discounts, which expired on December 31, according to the report. Apirat said discussions to support the sector will take place soon, it added.

The report also quoted a source from the Transport Ministry as saying that heavy cancellations of flights had begun to be lodged with authorities from January 6.