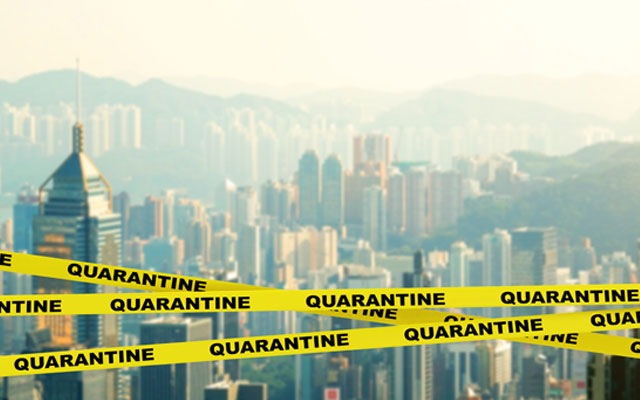 Hong Kong has established a quarantine hotels scheme to support her intensified infection control measures against a surge in Covid-19 community cases. Since December 22, all travellers arriving in Hong Kong from countries outside of China must undergo a 14-day compulsory quarantine at designated quarantine hotels.

Designated quarantine hotels will only receive quarantined travellers who will arrive in appointed transportation provided by the government.

According to Hong Kong’s Food and Health Bureau, invitations to join the scheme were issued to more than 2,000 hotels and guesthouses with valid hotel licences or guesthouse licenses. Some 100 applications were received, and 36 from nine different districts were eventually qualified to form the first batch of designated quarantine hotels.

“We primarily consider whether the design, facilities and operations of the hotels meet the government’s infection control requirements. Other factors include location, room rate, number of rooms offered by the hotels; they must also pass the inspection conducted by the Department of Health and other relevant departments…”, the spokesperson further explained.

A copy of the invitation letter provided to TTG Asia by hoteliers showed other requirements – the hotel has to be in a standalone building, centrally managed and have individual rooms with toilet/bathroom without the need to share daily-use facilities; and the hotel operator must close all ancillary guest facilities (such as gym, spa and restaurant), and reject appointments or bookings for facilities for purposes other than lodging for quarantine guests.

Commenting on the first batch of designated quarantine hotels, the spokesperson said room rates ranged from HK$300 (US$38.70) for non-suite room types to several thousands for suites, with 80 per cent of rooms offering rates of under HK$1,000.

“We will consider allowing more hotels to join the scheme if situation warrants,” the spokesperson added.

Business booster and disruptor
As wage subsidies for the travel and tourism industry have concluded end-November 2020, the quarantine hotels scheme is seen as a lifeline for hotels struggling to cope with severely reduced business due to the ongoing pandemic and travel restrictions.

Hotels contracted under the scheme will obtain quarantine travellers for 60 calendar days, with rates set on a full-board basis. The government is committed to a minimum guarantee of 50 per cent room nights during the contracted period and at the rate of 70 per cent of the hotel’s non-suite rate per room night or HK$600, whichever is lower.

However, the scheme is not palatable to all hoteliers.

Local chain Tang’s Living Group, which owns 15 hotels across the destination, has chosen to skip programme due to a desire to protect its guests and employees. “With long-stay being one of our key pillars of business, ensuring a safe, healthy and comfortable environment for all perpetually is of paramount importance,” explained the company spokesperson.

Likewise, Hyatt Centric Victoria Harbour Hong Kong has also chosen to prioritise its staff and existing guests. Long-stay residents account for 20 to 30 per cent of the hotel’s occupancy each month, revealed general manager Andy Chang. Being in the quarantine hotels scheme would mean inconveniencing these guests as they would have to find alternative accommodation, he said.

Confusion abound
Despite the published selection guidelines, some Hong Kong hoteliers said the process had been anything but clear.

A hotelier who asked for anonymity, said that although her property had experience in serving voluntary quarantine guests earlier in 2020, her application to be a designated quarantine hotel was rejected.

She said the rejection was due to a failure to meet certain requirements, such as not being in a standalone building. “The result made me so frustrated and confused, as some of the designated quarantine hotels (do not meet the criteria). The Landmark Mandarin Oriental Hong Kong, for instance, is approved but it is attached to a mall. Another approved hotel, Four Points by Sheraton Hong Kong Tung Chung, was not even opened (at the point of selection), and has no experience in handling (quarantine cases),” the hotelier said.

In the case of Four Points by Sheraton Hong Kong Tung Chung, the hotel expressed in a press statement that it has “passed the infection control inspection by the Department of Health and other relevant departments including the Electrical and Mechanical Services Department and the Buildings Department” and that it is compliant with all health guidelines. Precautions are also in place to protect its staff, such as by way of providing protective gear to all associates and have them undergo Covid-19 tests every 14 days.

Girish Jhunjhnuwala, founder and chief executive of Hong Kong-based Ovolo Hotels, told TTG Asia: “Although Mojo Nomad Aberdeen owned by the group has been included (in the scheme), it is the one least suited (for quarantine).”

He explained that Ovolo Hotels was among the first hotel chains to provide quarantine stays for returning residents since March 2020, chalking up more than 1,500 quarantine stays and 21,000 quarantine room nights of experience. The properties have earned numerous positive feedback from guests for their “gold standard quarantine service”.

Despite this, none of the experienced quarantine hotels in the group were qualified for the quarantine hotels scheme. The government decision has cost Ovolo Hotels about 8,000 room nights of quarantine stays between December and March 2021. The company has launched a petition seeking support to be included on the quarantine list, and has received high-profile support including from the Australian Chamber of Commerce in Hong Kong.

Similarly, OZO Wesley Hong Kong, which also accommodated quarantine travellers earlier in the year, has been left out of the approved list of hotels. ONYX Hospitality Group, area general manager Hong Kong, Annie Shum, commented: “With many hotels already offering quarantine services, we are on the government’s reserve list and are ready to be at service at short notice.”

Yet another gripe arising from the scheme, according to another Ovolo spokesperson, is the government’s failure to abide by its earlier indication that only one hotel per group would be appointed.

It was pointed out that Magnificent Hotel Investments, which operates Best Westerns, Ramada and Grand City properties, has six hotels qualified for the programme. Far East Consortium, which operates Dorsett properties and the Lan Kwai Fong Hotel @ Kau U Fong, has four qualified hotels. Three of Regal Hotel Group’s properties are also qualified. Altogether, the three hotel groups supply 5,366 rooms to the programme, making up almost half of the total inventory.

Jhunjhnuwala also highlighted cases of price gauging by certain designated quarantine hotels. Local Chinese-language newspaper, Ming Pao, had on December 22 reported on such incidents, citing a family that had their booking rates revised from HK$12,180 prior to the announcement of the scheme, to HK$23,800 after the hotel had made it to the list.

With these many concerns around the selection and enforcement process, Jhunjhnuwala said a review was necessary.