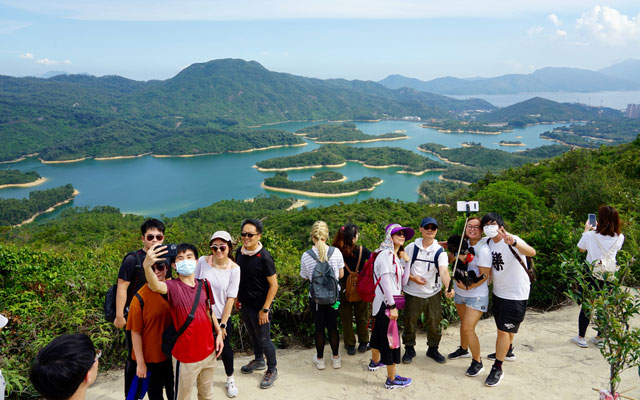 The Hong Kong government’s recent announcement of a further HK$600 million (US$77.4 million) in additional relief to tide the tourism industry through the protracted Covid-19 crisis have drawn mixed feedback from industry players.

The announcement, which was made by the city leader Carrie Lam during The Chief Executive’s 2020 Policy Address last week, came as a surprise to the trade, given that government officials have made it clear that there would be no further provision of subsidies as the last three rounds of anti-pandemic funds had already depleted the city’s fiscal reserves.

A one-off subsidy of HK$15,000 will also be given to each agent’s staff and freelance accredited tourist guide and tour escort, with about 19,000 persons expected to benefit from this initiative. In addition, for the first time, a one-off HK$6,700 subsidy will be given to each driver of a tour service coach mainly serving tourists, with about 3,400 drivers set to benefit.

The reversal of fortune hinges upon not sheer luck, but the trade’s persistence and collaboration over the last few months in petitioning for government economic assistance to the industry, sparked off by insufficient coverage in the latest and third round of Anti-epidemic Fund announced in September.

The HK$397 million support funding was a marked decrease from the HK$761 million stimulus in the second round, drawing various agent associations and stakeholders to voice their concerns.

For instance, the Travel Industry Council (TIC) hosted a joint press conference with 13 travel trade associations to highlight that less than one per cent of the total funding was channelled to tourism. This was followed by numerous trade actions urging for more government support publicly, including a coach bus demonstration, an unprecedented full-page advertisement in the form of an open letter to Lam in local newspapers, and meetings with government officials by respective associations.

TIC chairman Jason Wong expressed gratitude for the government’s additional support this time, calling it a “timely move” to reinforce stakeholders’ confidence to continue forging on.

Hong Kong Travel Agent Owners Association president, Freddy Yip, who took the lead in striving to obtain more subsidies for the industry by organising face-to-face meetings with legislative councillors and top officials, said he is “thrilled” at the outcome, attributing it to “various joint actions and lobbying that exerted pressure on the government”.

“Frankly, the industry involves the livelihoods of 1,700 agents, and about 17,000 full-time and part-time staff. I found this modified subsidy a better coverage for both big and small agents as well as coach drivers serving tourists,” he added.

However, not all trade players are in favour of government handouts. Suggesting that the move is but a stop-gap measure, Destination China general manager and owner, Gunther Homerlein, said that with most sector players facing mounting losses and exhausted funds, “the government cannot do much more then put a band aid on an open wound”.

He elaborated: “There simply isn’t enough money. The fact that they specify that the money will be to support staff, guides, etc. is a good thing. Many, many people have already lost their jobs, so that may prevent more losses.

“What may be better though, to build revenue and domestic demand, is a proactive scheme like that offered by Singapore, where each citizen is given S$100 (US$74) to spend on local tours, hotel stays (and attractions). That actually is better than another handout. It requires creativity and it spreads the funds among a wide variety of recipients. Just giving money out won’t work. There really needs to be better ideas and options.”

To date, the government has rolled out three rounds of Anti-epidemic Fund totalling around around HK$1.76 billion to mitigate the Covid-19 fallout on the tourism industry. Coupled with other measures including the Travel Agents Incentive Scheme and the Green Lifestyle Local Tour Incentive Scheme, alongside this latest round of measures, the government has provided a total of about HK$2.6 billion to support the tourism industry.