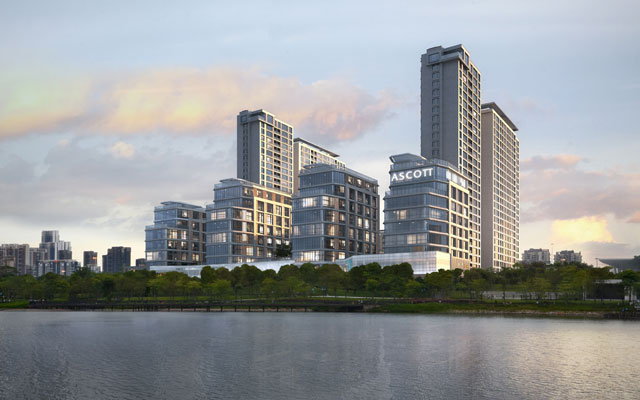 CapitaLand’s wholly owned lodging business unit, The Ascott Limited (Ascott), has secured more than 2,100 units across 12 properties in China over the last three months, bringing the number of new units to more than 5,600 across 26 properties in what marks a “record high” for the group.

This represents a 60 per cent year-on-year growth in units in China. Globally, Ascott has sealed new contracts for more than 3,700 units across 22 properties, with 60 per cent from China, while the rest are in various countries including Austria and Indonesia.

Signalling “strong recovery” in China on the operations front, Ascott’s apartment revenue in September 2020 reached close to 95 per cent of that in the same month last year. As well, Ascott has been maintaining a steady stream of openings, on the back of growing demand for extended-stay properties. In 2020, Ascott opened 17 properties with over 2,400 units, with about half of these units in China.

Ascott said that its base of long-stay corporate guests coupled with the strong domestic leisure travel market have enabled the group’s serviced residences in China to achieve “robust” occupancy rates.

In September 2020, close to 75 per cent of its guests in China were domestic travellers. During the same period, Ascott’s properties in tier one cities such as Beijing, Guangzhou, Shanghai and Shenzhen achieved an average occupancy rate of over 86 per cent. In Chongqing, despite facing the pandemic and the worst floods in decades, Ascott Raffles City Chongqing achieved a high occupancy rate of 80 per cent in August 2020, maintaining that momentum in the following month.

Kevin Goh, CapitaLand’s CEO for lodging and Ascott’s CEO, said: “The Covid-19 pandemic has brought the resilience and flexibility of Ascott’s business model to the fore. In 2020, we have signed more than 9,300 units in 48 properties worldwide, while expanding in China at a record rate. We are also planting new flags in markets such as Austria and Indonesia, offering our guests a wider network of Ascott properties.

“At the peak of the Covid-19 situation, many of Ascott’s properties worldwide remained open to provide a safe haven for our long-stay corporate guests, maintaining a robust average occupancy rate. With China being the first major economy to resume growth after the pandemic and the easing of domestic travel restrictions in the country, we are seeing strong recovery at our properties in China.”

Tan also said that the 12 new properties secured in China will see Ascott making inroads into three new Chinese cities – Baotou, Ningbo and Yantai – while strengthening its presence in Changchun, Guangzhou, Hangzhou, Shanghai, Shenzhen, Suzhou and Xi’an. These properties are slated to open between December 2020 and 2026, and will bring the group’s total number of units in China to about 30,000 in more than 150 properties.