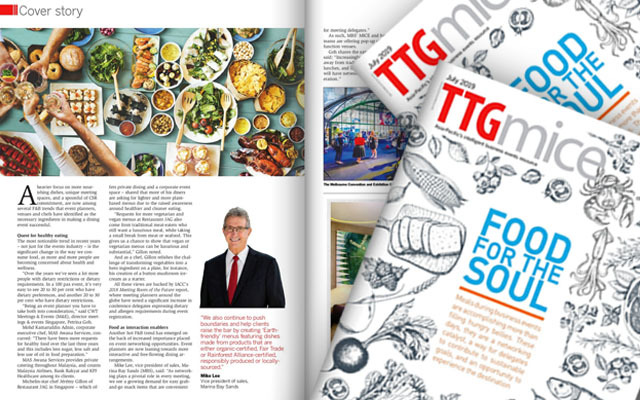 The feature, titled Food For The Soul, was produced by TTG Asia Media’s editorial staff, Rachel AJ Lee, Adelaine Ng and S Puvaneswary. It was published in the July 2019 issue of the monthly magazine.

This year’s PATA Gold Award ceremony was conducted online in the afternoon of September 24, as part of Virtual PATA Travel Mart 2020. A total of 23 organisations and individuals were recognised.

The Grand Title Winner in Sustainability was presented to YAANA Ventures, Thailand, for the Anurak Community Lodge.

Commenting on the virtual initiative, PATA CEO Mario Hardy said: “This was the first year that we announced the winners live and it was an absolute pleasure to celebrate their accomplishments during the Online PATA Gold Awards Presentation.”

“The achievements of this year’s winners will hopefully inspire and encourage our industry to create new responsible and sustainable initiatives as we look towards recovery from the Covid-19 pandemic,” he added.

The Macao Government Tourist Office remains the event’s partner and sponsor, as it has done for the last 25 years.

Maria Helena de Senna Fernandes, MGTO director, said: “As we look forward to restarting tourism in the ‘new normal’, more than ever we will have to come up with solutions ‘outside the box’ to ensure that tourism is not only safe, but also seamless and appealing. Macao is honoured for its long-standing support to PATA in this inspiring initiative, on our way to transform the city into a world centre of tourism and leisure.”